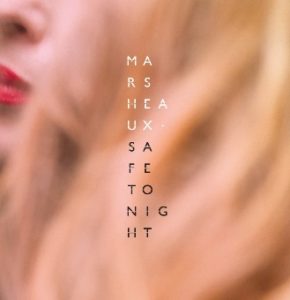 Following the huge success of their DEPECHE MODE covers album ‘A Broken Frame’ in 2015, MARSHEAUX make their highly anticipated return with their first self-penned material since 2013’s ‘Inhale’.

As well as an extended version, the bundle also contains remixes by FOTONOVELA and NIKONN.

A spectacular video for ‘Safe Tonight’ filmed in Valencia, Spain has now been unleashed. With high production values, it’s like a Mediterranean take on a Nordic Noir drama while in an enigmatic cameo, MARSHEAUX themselves exude that classy sophistication which is omnipresent in their appealing synthpop.

Sparkling, punchy and melodic, ‘Safe Tonight’ is the first fruit of a new found confidence in the MARSHEAUX camp. This has come as a result of the varied international environments they have experienced from increased touring and in Marianthi’s case, a relocation to the city of London.

After the mixed reception for ‘Inhale’

in 2013, ‘Ath.Lon’ is undoubtedly a return to form, with that MARSHEAUX trademark wispiness now blended in with a subtle tone of aggression. The album is released by Undo Records on 16th June 2016.

is available as a download bundle or  a 4 track CD single in a card slipcase from
http://www.undorecords.bigcartel.com/product/cdun61-marsheaux-safe-tonight-cd-single 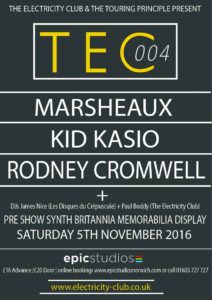