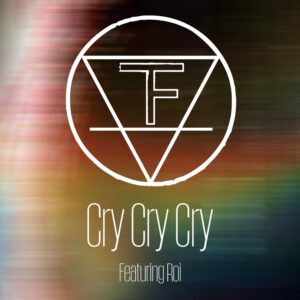 Having endured going ‘To Hell & Back’, THE FRIXION have presented one of their most dynamically sounding pieces of work yet in ‘Cry, Cry, Cry’.

For the duo of Gene Serene and Lloyd Price, life has been tearfully traumatic personally but from sadness and loss often comes great art. Not a cover of the ROXY MUSIC song, ‘Cry, Cry, Cry’

comes by the forthcoming debut album from THE FRXION called ‘To Hell & Back’.

Already adept at sound design and soloing, Price’s finely-tuned synthesizer knowhow and production is boosted by mastering from Tim Downey, he of REPUBLICA fame.

In a video put together by the camera of Lars Karich with additional filming by Ariel Electron and Carol Harris, an existential tension is captured to accompany the emotive sentiment of ‘Cry, Cry, Cry’. Lyrically touching on the very relevant topic of separation, the middle eight features the voice of Roi Robertson from MECHANICAL CABARET to compliment the silky tones of Ms Serene.

Gene Serene emerged from Berlin’s club scene and was the voice of S’EXPRESS’ 2008 single ‘Stupid Little Girls’ while Lloyd Price has collaborated with SIGUE SIGUE SPUTNIK’s Martin Degville and been a member of MASSIVE EGO; so are both very experienced hands.

With Serene coming over like a Goth Kylie over Price’s classic retro-futuristic backing in a variety of tempo and signature settings, it’s ultimately it’s what LITTLE BOOTS could have sounded like but never did. 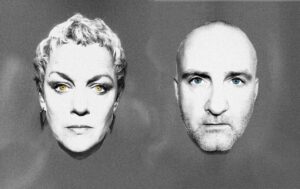 Following up their debut EP ‘If U Ever Wonder’

from 2017, ‘To Hell & Back’ will be a 12 track long player including the 2019 single ‘I Cannot Play These Games and the previously issued title song.

It is due out in October 2020 but until then, ‘Cry, Cry, Cry’ acts as a fine singular trailer in a bundle featuring three additional remixes.

is released by Analogue Trash on 28th August 2020 via the usual digital platforms including https://thefrixion.bandcamp.com/