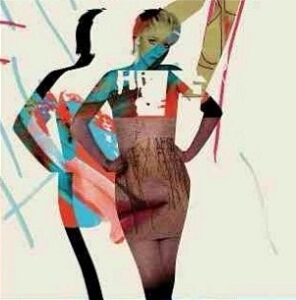 F.O.X wanted to make a fresh start at the beginning of 2013 when their previous band ANGRY VS THE BEAR went from four to three members.

There’s no need to puzzle over the meaning of the initials, there isn’t one, just a very simple play on lead vocalist Mitzi Fox’s surname.

All from Essex, Darren Barker and Patrick Monahan play keyboards and guitar. Mitzi and Darren were at school together while Patrick has been a mutual friend for over 15 years. Only a month after conception they released their debut album ‘Chimera’,

An eclectic collection of electro rock anthems such as ‘Guns & Horses’ and ‘Show Emotion’, it showcased Mitzi’s obvious powerful vocal talent and considerable range; at times it comes over like P!NK crossed with SIOUXSIE SIOUX and a dash of KOSHEEN!

This is particularly evident on F.O.X’s epic synth driven cover of WHITE LIES’ ‘To Lose My Life’. The high standard of studio production and mixing is mainly due to Simon Gogerly who has worked with major artistes including U2, GWEN STEFANI and PALOMA FAITH, as well as recording and mixing the music for the opening ceremony of the 2012 Olympics no less.

March saw the band supporting the Swedish electro duo THE DEER TRACKS on their tour of the United States which led to a show at the celebrated SXSW Summer Festival in Austin, Texas. It was at this event that the band first met Dave Gahan of DEPECHE MODE. Mitzi had already sent Dave a number of demos and he intimated that he liked F.O.X. and were on a short list for a possible support slot for the upcoming ‘Delta Machine’ Tour.

The band just needed to wait for all three DM members to make a joint decision. A unanimous choice was made and F.O.X supported DEPECHE MODE for the first five European shows, performing in Nice, Athens, Sofia, Bucharest and Istanbul. Since then, they have been currently playing live shows around the country and have issued their first video for ‘I Am Electric’. They conclude a busy year with a gig at Colchester’s The Bull on 6th December 2013 and are recording new material for release in early 2014.