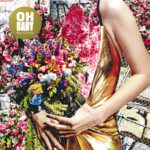 Distant cousins, OH BABY are Rick Hornby and Jen Devereux who set up an outdoor home studio during the Summer of 2020’s lockdown. Acquiring an old Roland Juno, a Korg MS20 and Boss DR55 Doctor Rhythm, they began working by trial and error while making the most of the limitations of the equipment at their disposal. Extremely well produced and superbly sung, 'Hey Genius' is an accomplished body of work. Continue Reading › 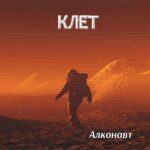 КЛЕТ is a music project by the Bohemian-born composer and music producer Michal Trávníček. Now based in Stuggart, Trávníček grew up in the Eastern Bloc behind The Iron Curtain. But when that came down, he had to deal with the sudden freedom now available to him. As capitalism and Western culture was encouraged, it was not all rosy for others. For some who were old enough to remember, the days of Soviet rule did have a number of positives... Continue Reading ›

No strangers to beautifully textured electronic ballads, London based CULT WITH NO NAME return after their previous release ‘Mediaburn’ with their tenth opus entitled ‘Nights In North Sentinel’. ‘Nights In North Sentinel’ is dreamy, calming and wistful, leading away from life’s surprises and making the receiver float out of their consciousness and transcend above, never quite to return to reality. Continue Reading › 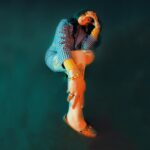 Although distributed by Bordello A Parigi, the same Amsterdam label that recently released the uptempo ITALOCONNECTION album ‘Midnight Confessions Vol1’, the heavy disposition of ‘Works & Days’ from Dutch producer Alina Valentina could not be more different. A product of solitary confinement and recorded during the worldwide pandemic crisis, the eight misanthropic tracks on ‘Works & Days’ reflect their era with a sci-fi noir atmosphere... Continue Reading › 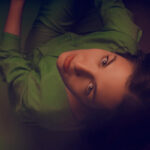 JOON is the artist formally known as YEWS and the musical vehicle of Maltese producer Yasmin Kuymizakis. She was involved in a car accident and while recuperating, she appreciated how precious life was and decided to make music her vocation. So the debut JOON long player 'Dream Again' arrives after a 10 year musical journey, capturing a shimmering stream of consciousness towards escape and self-fulfilment with a template of mostly angelic vocals and otherworldly auras. Continue Reading ›