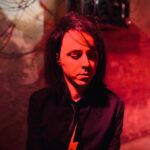 The Milan-based Roman producer EUGENE first came to wider attention in the UK with his single 'Radiowave' released by Wall Of Sound in 2019. An ambassador for the electronic instruments distributor Midiware, he has also been a singing actor for the Italian versions of animated series. EUGENE’s debut album ‘Seven Years In Space’ maintains his assertion that “Pop is not a crime”. He kindly spoke to ELECTRICITYCLUB.CO.UK about his first length album and getting back on the live circuit. Continue Reading ›

‘Two’ is the second album from DUBSTAR since Sarah Blackwood and Chris Wilkie reunited as a duo. After several false starts, 2018’s six string slanted long player ‘One’ co-produced by Youth was a welcome return for DUBSTAR, but the impression was that Blackwood and Wilkie were just warming up. Working with Stephen Hague acting as producer and an unofficial third member, DUBSTAR have returned to the electronic driven sound of their debut long player ‘Disgraceful’ and as a result, have recorded some of the best work of their career on ‘Two’. Continue Reading › 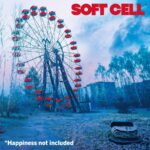 Coinciding with their live farewell at London’s O2 Arena in 2018, SOFT CELL surprised their fans with two new songs on an updated compilation. What was planned to be the end became a brand new start. Recorded remotely under the spectre of the global pandemic, '*Happiness Not Included' features features “Science fiction stories for the 21st century” according to Dave Ball. You’ve been to the shows, got the T-shirt, bought the books and heard the singles but now it is time to listen to the album. Continue Reading › 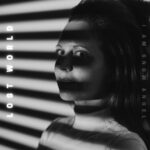 Singer, producer and sound designer Julie Kathryn reflects on a new life in a 'Lost World' for her latest body of work as I AM SNOW ANGEL. Having relocated to the Hudson Valley with her infant son, her mind wandered as she dealt with the world’s pandemic sorrow by immersing herself in creativity at night. The end result is a collection of dreamy pop with a narrative of reflection in isolation. Despite the melancholy and thoughts of hopelessness, ‘Lost World’ actually has gently sanguine quality about it. Continue Reading › 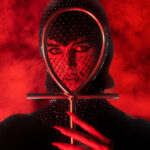 ‘Escape’ is the long awaited follow-up to the acclaimed debut album by DESIRE which was released in 2009. Originally from Montreal, vivacious latex-clad front woman Megan Louise hasn’t been idle, continually releasing singles, collaborating and becoming president of Italians Do It Better. ‘Escape’ is multilingual singing in English, French, and Korean while Megan Louise plays the role of vixen and villain. It has been a long wait but the second DESIRE album is finally here with moments to savour. Continue Reading ›