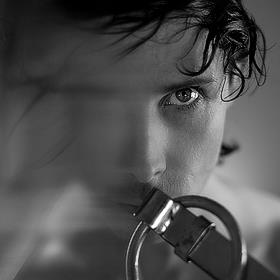 After the organic rhythm construction of the opening two numbers, ‘The Unified Field’ title track takes on a more mechanical stance but is kept emotively human by tinkling piano and Corner’s distinctive voice although that then takes on some unsettling Mezzo-soprano overtones. ‘The Adrenalin Room’ is more experimental, dub bass set to stuttering drums and fuzzy synths like a gothic PUBLIC IMAGE LIMITED with even more schizo high pitched voicing.

‘Quiet The Mind’ takes the pace down with some gentle guitar in a richly beautiful ballad that blends acoustic and electronic instrumentation. “Hold back the melancholy – hold back the fear…” Corner almost cries. ‘Under Atomic Skies’ and ‘Screams’ are worthy second cousins and mention must be made here of producer Jim Abbiss. As well creating a suitably powerful sound palette for the grittier tracks on ‘The Unified Field’, Abbiss’ treatment of the more pastoral compositions is both sympathetic and complimentary. 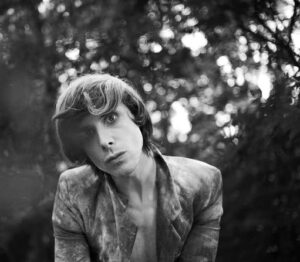 Some marvellous strings by Florentin Chiran give ‘Come Home’ an eerie nomadic atmosphere but the inclusion of a lone drum machine and an ancient valve oscillator for the solo are key indicators that this has been recorded post-20th Century rather than an era prior to it.

‘Animal Impulses’ and its detuned synth effects get an unusual lift via a digital drum machine while a brass section and shrilly recorder also get in on the act; this is a quite unorthodox number which switches time signature on several occasions during its four minute duration.

‘The Unified Field’ is available as a CD or download