December 4, 2014 / electricityclub / Comments Off on A Short Conversation with MESH’s Richard Silverthorn 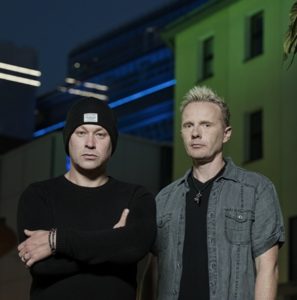 Starting with 1996’s ‘In This Place Forever’ and continuing onto ‘Fragile’, ‘Fragmente’, ‘The Point At Which It Falls Apart’, ‘Who Watches Over Me?’, ‘We Collide’ onto ‘A Perfect Solution’ and finally the jewel that is ‘Automation Baby’, MESH have established themselves with electronic music fans portraying life, relationships, love and technology in a way not many acts can. Electrifying tunes like ‘Crash’ or ‘Friends Like These’ have become well known staples of the live MESH diet that induce the audience into a psychedelic state totally under the influence of Mark Hockings’ solid voice.

Upon the fantastic news that in January 2015, there will be a MESH concert on home soil with VILE ELECTRODES, ELECTRICITYCLUB.CO.UK had the great pleasure of talking to Richard Silverthorn of MESH in preparation for the event. So ‘Adjust Your Set’, ‘Hold It Together’, as ‘This Is What You Wanted’!

Your last gig in London was with DE/VISION, whom you seem to like sharing the bill with. What’s the story between the two bands?

We have been good friends for many years. In 1998, we supported them on their ‘Monosex’ tour which took us across Europe. In 2011 we also did a joint headlining 3 week tour of the USA with them along with IRIS. Our paths have crossed many times at festivals too. We have remixed many of their singles including ‘Strange Affection’, ‘Hear Me Calling’ and ‘Rage’. When we returned to the UK on our ‘Automation Baby’ tour, we asked them along as an additional support. I think we have a mutual admiration of each other.

This time the acclaimed VILE ELECTRODES will take to the stage supporting you. You don’t invite any old mediocre support acts, do you?

Well I always think it is good to put on a quality show. I don’t like the “let’s get a crap band as support to make yourself look good” theory. People have paid good money to see you so let’s make it a good event. I have read and heard quite a lot about VILE ELECTRODES and thought it would be a good band for our audience. I am sure they will go down really well and we are looking forward to seeing them. We also have another band called THE DOMINO STATE who I quite like too. 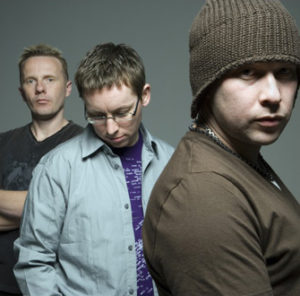 Your first album was released in 1996 and much has changed since then in the music industry?

The internet has changed the music world. I think it has certainly evened the playing field for most bands nowadays. Back when we started, it was very difficult to get noticed outside your home town. Luckily enough for us (and our persistence) we got exposure from a large UK based music technology magazine which kick started everything for us. Financial budgets have also changed a lot too. Everything is all about cost and record companies have been hard hit by illegal downloads which has a knock on effect to the artist.

Being a secret UK export, do you wish the UK media recognised MESH more?

Yes, of course but I think we have accepted a long time ago that the UK market is so blinkered. Luckily for us we found a market for what we do and it’s not so important to us now. I really would love for some UK recognition for what we have achieved. We do still send out material with every new release to relevant people here and generally get a good response so we haven’t given up just yet. 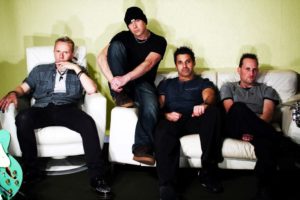 Following the huge success of ‘Automation Baby’, how do you plan to match its success with any future releases?

‘Automation Baby’ was a huge success for us. It topped all the Alternative European charts and even entered the mainstream German Album Charts at number 33, so trying to better that is going to be a challenge. I always feel a lot of pressure when it comes to writing.

I am constantly thinking “is this better than the last album?” but hopefully this is what pushes us on. In the last month, Mark and I have started writing again. Let the stress begin.

How do you feel about UK electronic music scene in general at the moment?

It still has a long way to go but it all looks very positive at the moment. There seems to be a lot of new bands writing new material and lots of shows and festivals for this kind of music genre starting up. This has got to be seen as a very positive step forward. Again I think the internet and social media has helped this come together. People are travelling from far and wide to attend these events.

How does the current live line-up of MESH with yourself, Mark, Richard and Sean compare to any previous ones? Do you think you have the perfect team?

Yes, I think it is quite a strong unit musically and socially. Spending so much time in each others company you have to all get along. I guess bands evolve and change as they go along. Ultimately MESH has always been Mark and myself writing and producing. The live line-up has changed over the years because of people’s commitments but things are good and strong at the moment. 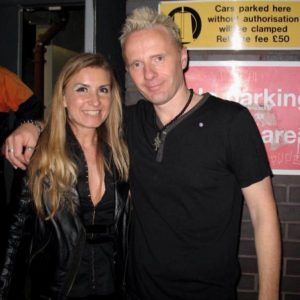 You have a lot of friends and fans alike, helping out with the MESH enterprise, be it either on social media or in other capacities, how does that feel?

I always feel overwhelmed by people’s enthusiasm for everything we do. I get so many emails and messages through Facebook etc and I do my best to answer them all as I feel we have a good family of friends and fans. This is why we are still here doing what we love. If you upset these people, you may as well give up. Any band with longevity has a great fan base behind them. As well as our fan base, we also have a great team of people that work behind the scenes with us and believe in what we do.

Yourself and Mark, unlike many bands, write actual songs with meaningful, thought through lyrics and complicated melodies. Does that stem from years of experience or your true writing capabilities?

We are firm believers in real songs, songs that stand up on their own without all the fancy production. This is always the starting point. Mark is an amazing lyricist. His songwriting always leaves the listener feeling they have lived through or felt the emotion he is singing about. The song subjects are never obvious and are open for interpretation in many different ways. We played a big show just outside of Dresden in a castle recently. When I was walking back to the dressing room after the show, I was stopped by a girl who hugged me and thanked me for writing the soundtrack to her life. She said that our albums have helped her though so many tough times in her life. What the hell do you say to that? Erm… thanks? That for me sums it all up and is why we do this.

ELECTRICITYCLUB.CO.UK gives its warmest thanks to Richard Silverthorn