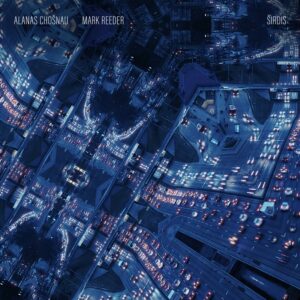 With the dark clouds of war looming, it’s as if The Cold War never ended…

With tensions on the Eastern Front between two of the largest nations in Europe, what is needed is some heart. Meaning “Heart” in Lithuanian, ‘Širdis’ is the first song to be recorded in the native language of Alanas Chosnau in his fruitful collaboration project with Mark Reeder.

Chosnau is one of the biggest music stars in his home country while Reeder is the Berlin-based Mancunian known for his remix work for NEW ORDER and DEPECHE MODE.

‘Širdis’ is a heartfelt plea to friends, as from a distance, we wait for their decision. The damage has been done, yet we can’t let love turn to fear. They don’t know which road to take and as it brings confusion and uncertainty, they each know that someone is going to get hurt. Who will carry the burden of responsibility? Who will be the couriers of peace?

But friends and family are the ones who have to choose sides and live with the consequences in the aftermath. Having grown up in the former Soviet Union, Chosnau knows first-hand what this is like… so this is a plea for love and peace between friends.

The pair have touched on politics before with 2020’s ‘Heavy Rainfall’, a song seemingly having an environmental reference but actually reflecting on the world’s increasingly disturbing political climate. As can be expected from Alanas Chosnau, he presents ‘Širdis’ as a suitably panoramic performance video directed by Aleksandras Brokas.

A moody emotive ballad, Reeder even brings a Balalaika into the instrumental palette for added regional authenticity alongside his usual synths, bass and guitar. The English language version of ‘Širdis’ will feature on the upcoming album by Mark Reeder and Alanas Chosnau to follow-up their excellent debut long player ‘Children of Nature’; “I’m waiting, respond to me” sings Chosnau in translation as he dedicates the song to all who are walking towards their goal. 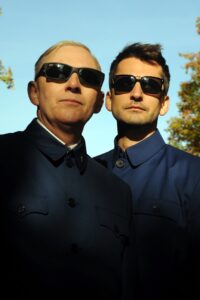 ‘Širdis’ is released by MFS on the usual digital platforms including https://markreeder.bandcamp.com/track/irdis