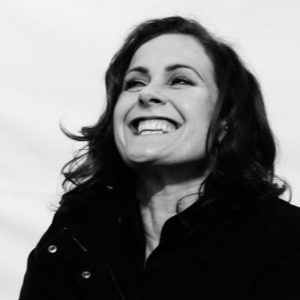 Alison Moyet, Basildon’s First Lady of the Blues, returns with her first album since 2007 entitled ‘the minutes’.

The first track to be premiered from it is the excellent ‘Changeling’, a powerfully soulful number which also sees a return to the some of the electronic experimentation that made her famous as one half of YAZOO with Vince Clarke, now of ERASURE. To say it is a return to her roots would be wrong as the girl once known as Alf was involved in a number of pub rock and blues bands such as THE VANDALS and THE SCREAMING AD DABS before working with Vince Clarke following his departure from DEPECHE MODE.

However, those who loved their two albums ‘Upstairs at Eric’s’ and ‘You & Me Both’ will find plenty to enjoy about ‘Changeling’. Her contralto voice is very much on form, while the synthesized backing over the organic drums and guitar textures will be a comfortable reference point for those who perhaps have not previously connected with her massively successful albums ‘Alf’ and ‘Raindancing’.

‘the minutes’, which has been produced by Guy Sigsworth who has worked with ROBYN, BJÖRK and MADONNA, incorporates elements of contemporary pop, dubstep dynamics and Alison’s beloved rhythm ‘n’ blues.

Alison herself says on her website: “I avoided listening to anything during the process of writing and recording this album, choosing instead to be lead by my own melodic voice, the one I now find myself with 30-years-in. Guy Sigsworth returns me to a programmer’s world and marries it with perfect musicality. I have been waiting for him. We have made an album mindless of industry mores that apply to middle-aged women and have shunned all talk of audiences, demographics and advert jazz covers. This has easily been my happiest studio experience.” 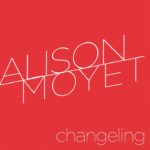 ‘Changeling’ is available as a free download at www.alisonmoyet.com

‘the minutes’ will be released on Cooking Vinyl in 2013, please visit her website for more details