May 10, 2017 / electricityclub / Comments Off on ALISON MOYET Reassuring Pinches 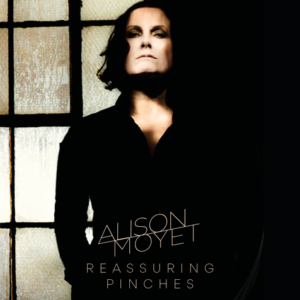 Following the success of her 2013 album ‘the minutes’, ALISON MOYET is back with a new album ‘Other’.

‘the minutes’ signalled her return to electronica and in an “if it ain’t broke…” move, ‘Other’

is produced and co-written with Guy Sigsworth who worked on its predecessor. With a mature and observational approach to her lyrics, key tracks on ‘Other’ include the heady synthpop of ‘Happy Giddy’ and the bluesy electro rock of ‘Beautiful Gun’ which is reminiscent of two former classmates whose ‘Songs Of Faith Of Devotion’ reflected similar climes.

But the album is launched with the icy new single ‘Reassuring Pinches’. Deliciously dark but accessible, it borrows its aural aesthetic from the theme tune to the acclaimed Netflix drama ‘Stranger Things’

‘Reassuring Pinches’ is shaped by brooding synth arpeggios that will appeal to YAZOO fans, while Moyet’s reliably powerful vocal performance compliments Sigsworth’s intricate but dynamic electronic soundtrack as “All the thirsty beasts come down to drink”. In keeping with the song’s glitch vibe, the stark video sees cut-up techniques employed alongside hazy deep red and monochromatic filters.

Moyet says the new album covers topics ranging from “Dyslexia, locked-out syndrome, diversity, Persephone, doggedness and the Internet”, but ultimately it’s about isolation and with her proud French heritage, recent political events have no doubt been on her mind. “Some of us have always felt ‘Other’” she remarks, “I no longer wish it were otherwise.”