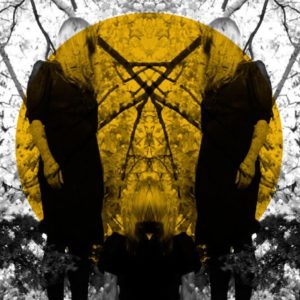 Together with Maya Postepski and Dorian Wolf , AUSTRA deliver a stark, baroque form of electronica fuelled by sexual tension. And after the strong singles ‘Beat & The Pulse’ and ‘Lose It’, one of this spring’s most anticipated full length albums is now finally here.

I had heard several tracks previously before the whole album and this only increased the expectations even further. This was going to be one of THE highlights of this year, but I was actually not quite prepared for how good the album actually is!

The album begins with the dark and mysterious ‘Darken Her Horse’, with an atmospheric and hypnotic rhythm that immediately grabs your attention. Then, ‘Lose It’… it is so magnificently beautiful that I totally surrendered when I heard the first time and it quickly became one of my all time favorite songs.

In fact, many of the songs like ‘The Future’, ‘The Villain’ and ‘Spellwork’ give me such strong feelings of joy that I hardly could keep the tears back. ‘Beat & The Pulse’, ‘The Choke’ and ‘Shoot the Water’ are also quite brilliant. Great melodies; an innovative, cohesive and highly atmospheric soundscape (which successfully blends light and darkness, fragility and power); powerful, hypnotic and danceable rhythms; and finally Katie Stelmanis’ great singing voice on top of that: brilliant! Totally brilliant! 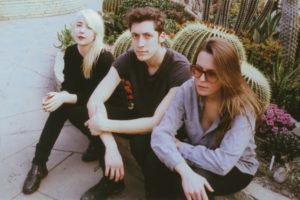 Actually, in many respects, it is Katie’s very personal voice that carries the songs and that makes AUSTRA unique. Her voice is crystalline; clear, strong, powerful, crisp, ethereal and incredibly beautiful all at the same time.

This talent may be explained by the fact that she has been singing opera since the age of ten. Sure you can hear some influences from other artists in AUSTRA’s music such as FEVER RAY and DEPECHE MODE. Spellwork, for example, has some of ‘Precious’ in it. But in the end, I still think this sounds new and very authentic.

Katie and drummer Maya are open about their sexuality and this is reflected in many of the lyrics. As Alan Wilder once said, you can get away with anything if you give it a good tune.

Most of the songs on this album are the highest form of aural pleasure, although personally I think that the song ‘Hate Crime’ is too ordinary indie compared with the other tracks – a bit too much guitar and cymbals for my taste. But it is still a great song that grows when you listen to it a few times. And that you will do.

Overall, this is easily the best albums this year so far, albeit in strong competition with MIRRORS. One last tip: the bonus track ‘Energy’ from the single Lose It is also amazing and definitely worth trying to get hold of.

‘Feel It Break’ is released by Domino/Paper Bag Records

AUSTRA will play live in the British Isles this summer as well as dates in Germany, France, Italy, Poland and Scandinavia. Please check your local press for details: