Blessed Are the Noise-Makers 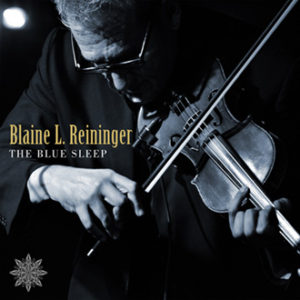 As a cardinal of the European avant-garde and co-founder of TUXEDOMOON, Blaine L Reininger is both schooled and shrouded in mystery.

Born in a straight-laced part of America, the multi-instrumentalist performer and composer has spent most of his career in the alleyways and shadowy dives of Europe’s lowlands. He currently lives in Greece – ground zero for the continent’s myths and a portal for all things Oriental.

. Strikingly beautiful, it reveals its secrets like a Japanese puzzle box.

A missing part of the solution is how Blaine L Reininger continues to produce material that draws in the listener so intently; each song unlocking another set of feelings in the winding path to the album’s core.

The opening track ‘Public Transformation’ has the languid beauty and unending reverb of William Orbit’s ‘Strange Cargo’ work. A guitar riff loops while synths bubble and soar; Reininger’s trademark violin darting between them at strategic points like a dolphin through Mediterranean waves. He has always had an intuitive feel for electronic music, and starting the album with a dreamy instrumental is welcome statement of intent.

It’s on the title track that the gravel and gravitas of Reininger’s distinctive voice makes its first appearance. ‘The Blue Street’ is a storming piece of experimental pop: three minutes of club-demolishing intensity with a bass line dripping in sweat. There is an echo of TUXEDOMOON’s ‘Dark Companion’ in the way it curls around your hips, but it is over all too soon – perhaps a 12 inch single version with remixes will satisfy the cheque being written to the dancefloor. 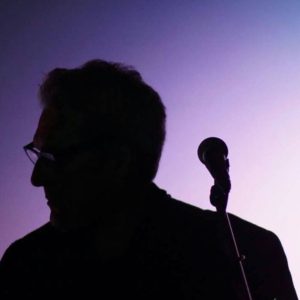 The groove gives way to ‘Lost Ballroom’, which leads with exotic rhythms and phrasing. The song chimes with sensations wafted in from across the Bosphorous, but it quickly glows white from the heat of Reininger’s guitar. The feeling bears some comparison to the best bits of Peter Gabriel’s soundtrack for ‘The Last Temptation of Christ’ without the thorns and blood.

‘Dry Food’ is a song for a cat. It had better be. Otherwise, the subject who bites Reininger’s foot and is stroked while eating the dry food of the title is stranger than fiction. “I wonder if we are really friends” he muses, and that’s a question no dog owner would ask.

Things get more playful from there. The San Francisco synthesizer style that TUXEDOMOON and the Ralph Records crowd created comes out on ‘Camminando Qui’, dissolving into a kind of unjazz. The next tracks move between mythical tales spun on currents of processed sound and digital synthesizers (NI Absynth, is that you?) hanging in the air like curtains of light.

The album comes to an end with ‘Odi et Amo’, an ode to love and hate lapping the shore like fragments of amber in the tide. Reininger’s style is far from orthodox, but you can take it as an article of faith that ‘The Blue Sleep’ will comfort those who suffer from the want of accessible but intelligent music.

With thanks to James Nice at Les Disques du Crépuscule

is released on 23rd March 2018 by Les Disques du Crépuscule on CD and download, pre-order from http://www.lesdisquesducrepuscule.com/the_blue_sleep_twi1237cd.html