January 6, 2014 / electricityclub / Comments Off on Carry On Synthpop: A Glossary Of Terms 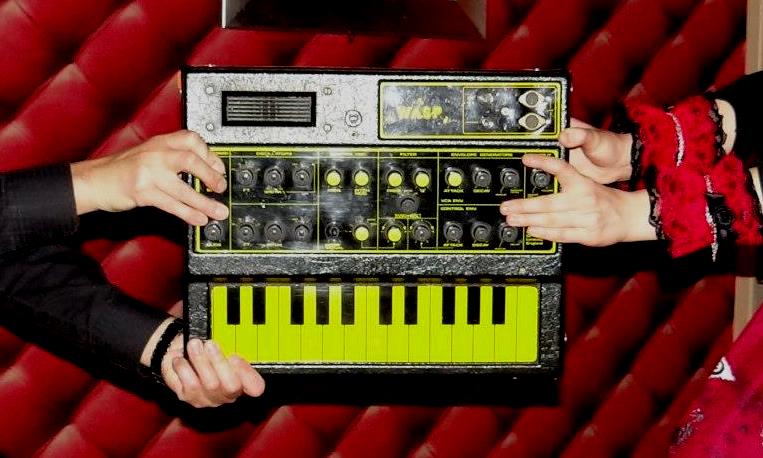 The music business and journalism in general is spattered with assorted jargon, terminology and buzz words.

Even ELECTRICITYCLUB.CO.UK has taken to introducing some of its own language with a handshake, big smile, good guy profile. So to clarify exactly we and other blogs are possibly going on about, please find here listed, a glossary of terms .

These are our not always entirely serious definitions for the amusement of our readers and casual observers alike. ELECTRICITYCLUB.CO.UK wishes to acknowledge The Word Magazine for providing the inspiration for this article 😉

80s : That decade between 1980 to 1989; but term commonly used by lazy, uninformed journalists to describe any synth based music. Please note, not an instrumentation style or a genre of music…

Acoustic : Term used by OMD fans to refer to a stripped back duo performance by Andy McCluskey and Paul Humphreys, despite very obvious use of laptop and Roland Fantom X8 Workstation

Analogue : Signals or information generated by continually changing quantities of electrical current. Great sound when quality equipment is available to handle it, less noticeable on budget systems. Please note, not a genre of music…

Ambient : Electronic music with no beat, popular with insomniacs

Cerebral : Best listened to while on drugs

Chill Out : Dance music that clocks in at less than 118 BPM

Cinematic : Music that sounds like it has been produced properly

Digital : Signal or information generated as a series of numbers in electrical signals. Less tactile than analogue but certainly not the death of music as we know it.

Dolls House : A house for dolls, not to be confused with ‘House Of Dolls’, the controversial book by Polish born Jewish writer Ka-Tzetnik from which JOY DIVISION got their name!

Drum ‘n’ Bass : Frantic, off-beat variant of dance music characterised by rhythm that sounds like it’s come from a drum machine that’s been thrown down the stairs and switched on again

Dubstep : Freakish bass driven form of dance music based on half step patterns popularised by SKRILLEX, sounds like a skipping CD!

Duranie : Nickname for long standing female DURAN DURAN fans, usually still very glamourous and with a penchant for standing on the left hand side of gigs

Electro : Loose categorisation used by London club nights actually meaning ‘R’n’B’. Please note, this includes themed evenings named after classic No1 synthpop songs… what d’ya mean “you were working as a waitress in a cocktail bar”?

Electroclash : Failed early 21st Century attempt by Ministry Of Sound to combine dance music and DJ culture with synthpop and New Romantics into one centralised entity. Please note, record labels still persisting in centralisation attempts today with promotional campaigns such as Electrospective… Mussolini was another one who was into the idea of centralisation!

Electro-Industrial : Industrial with less shouting and more of a synthpop element

Emotive : Will make you to want to slash your wrists

Guitar Solo : Similar to premature ejaculation… you know when it’s going to happen but there’s sod all you can do about it!

Hipster : Obnoxious music fan, usually with beard and ironic sense of vagrant fashion who jumps on anything new and claims it to be the next big thing… but will disown it if it actually does become the next big thing! Considers promotion to be corporate prostitution

Influential : Always being ripped off!

Interpolation : Piece of music analysed, then manipulated and passed off as the creation of another!

Landfill Electro : Similar to ‘Landfill Indie’, a wasteland of ubiquitous but derivative, bland music… only with synthesizers!

Live Band : Acts like much loved Irish combo U2 who are considered “one of the best live bands in the world” by real music purists, even though they actually use almost as much programming and sequencing as PET SHOP BOYS!

Minimal Synth : DIY sub-genre that does exactly what it says on the tin… minimal tune, minimal instrumentation, minimal production values and minimal promotion. Characterised by off-key vocals… acts can take up to 30 years to release an album and often exclusively on cassette

Mittel Europa : Romanticised term to describe Europe in the first half of 20th Century without referring to The Third Reich!

Modernism : Intelligent, uncluttered design and cultural philosophy largely initiated by Walter Gropius and Bauhaus… that’s the German art movement, not the Gothic rock band led by Peter Murphy who was a key influence on the ‘Twilight’ saga!

Musical Differences : Phrase meaning “Someone in the band wants to use a banjo!”

New Wave : What Americans call music with keyboards from 1977 and beyond

Nostalgia Business : Economic model based on recycling old material for public consumption. Please note, this includes using archive photos to promote new projects and 180 gramme vinyl reissues which seem to overlook the inclusion of the original album’s inner bag… what a confidence trick!

Personal Differences : Phrase meaning “the bassist’s girlfriend has just moved in with the singer!”

Real Music : Mysterious all encompassing genre much loved of hipsters that does not feature synthesizers or drum machines… banjos and beards figure highly though

Sample : Piece of music taken wholesale from original recording, then manipulated and passed off as the creation of another!

Sawtooth : Piercing waveform used to simulate brass on synths but now ubiquitous in its stabbing spacey variant on horrible Beatport tracks which DJs pass off as electronic music!

Schizophrenic : Music with two incongruous but simultaneous genre personalities… hang on, who said that?

Softsynth : A computer program or plug-in for digital audio generation. Can sound ‘analogue’ but isn’t. Please note, not a cushioned head support with a Minimoog pillowcase

Stunning Return To Form : Phrase meaning “The last album was cr*p, the new one is much better… sort of!”

Stuttering : Not in time

Syncopated : Rhythm construction using an accented off-beat that makes music looser and more fun via a teasing, elasticated momentum. Also makes music much more danceable for the ordinary person without the use of drugs, hence the difference between “music you can dance to” and “dance music” which often consists of death by 4/4 and can’t be danced to without drugs!

Synth Britannia : Originally a BBC4 documentary but used as a term referring to the golden period between 1977 to 1982 when the synthesizer went mainstream in Britain and took over the world… briefly! Please note, only three of its six years were part of that decade between 1980 to 1989!

Teutonic : Less controversial way of saying “would sound great at the Nuremberg Rally!”

Vinyl Replica Sleeve : Miniature cardboard packaging for CDs much beloved particularly by Mute Artists in order to recreate LP nostalgia for the ordinary listener. Actually defeats object of CD’s superior durability in the first place by encouraging the playing surface to scratch when being removed from sleeve for playing… jewel cases were invented for a reason, even fragile digipaks didn’t cause damage to the CD!

Vintage : Preferred word to ‘analogue’ used to describe a classic sounding synth tone which may actually have been produced using a VST plug-in

Wanabee : Musician who attempts to gain ubiquity despite limited talent through endless self-promotion via social media