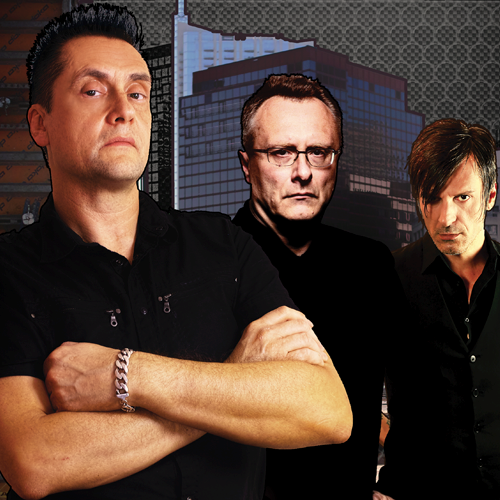 Formed in 1980, original members Jürgen Engler and PROPAGANDA’s Ralf Dörper plus new recruit Marcel Zürcher have taken back some of what they have given to the Industrial scene over the last three decades with this Teutonic sub-RAMMSTEIN battle of the senses. The lyrics reflect on how The Third Reich aspired to victory at all costs and gave out drugs to their troops including speed in the form of Pervitin.

While the stark imagery does play on the usual Second World War clichés, it is powerful stuff while on a purely shallow and aesthetic level, who cannot resist the allure of a beautiful woman in a military uniform, no matter whose side she is on!

Meanwhile, the parent album ‘The Machinists Of Joy’ reached No1 on the Deutsche Alternative Charts on its release in the Autumn. Previous singles ‘Schmutzfabrik’, ‘Risikofaktor’ and ‘Industrie-Mädchen’ showcased a much greater focus on electronic sounds rather than guitars as in DIE KRUPPS previous work, but the essential sweaty body core still prevails in this 21st Century incarnation of the band.

‘The Machinists Of Joy’ is released as a CD, limited edition 2CD and download via Synthetic Symphony