September 8, 2011 / electricityclub / Comments Off on A Short Conversation with GARY NUMAN

“There are still people trying to work out what a genius Gary Numan is”: PRINCE 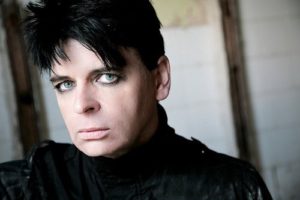 Few can forget the first time they saw TUBEWAY ARMY on Top Of The Pops in 1979. The singer was an androgynous figure with a white face and alien stare, who looked like he had been beamed in from another planet.

His calculated image and electronic sound were completely at odds with the music scene of the time, making his impact on the nation’s psyche all the greater.

GARY NUMAN’s meteoric rise to stardom has been well documented; ‘Are ‘Friends’ Electric?’ spent four weeks at number one whilst its parent album ‘Replicas’ went simultaneously to number one in the album chart. Subsequent album ‘The Pleasure Principle’ was a hit on both sides of the Atlantic and gave rise to the classic number one single ‘Cars’. Numan had become an international star almost overnight, much to the perplexity of the British press who chose to vilify him rather than celebrate his success.

As well as topping the charts, Numan was gaining a reputation for his extravagant stage shows. However, by 1981 the pressures of fame and the relentless press attention were taking their toll on the 22-year old, and he announced his decision to retire from touring with a series spectacular farewell shows at Wembley Arena.

Whilst the shows were hugely successful and some of the biggest ever to be staged on British soil, Numan’s decision to retire from touring was one he would live to regret. Although he was back on the road with the ‘Warriors’ tour as soon as 1983, to some extent the damage had already been done and by the mid 80s, Numan’s record sales were in sharp decline.

Whilst Numan’s ever-loyal army of Numanoids kept his career afloat through the lean years, it was not until 1994’s ‘Sacrifice’ that Numan’s reversal of fortune began. On this album, Numan took a back-to-basics approach, reverting to a darker sound and playing most of the instruments himself.

The album was his most Numan sounding record for many years, and as such was warmly received by fans. Subsequent releases ‘Exile’ and ‘Pure’ saw Numan grow in confidence and develop his heavy, anthemic sound, whilst also finally receiving critical acclaim from the music press.

At the same time, a host of artists began naming Numan as a major influence and covering or sampling his music. Tracks such as SUGABABES’ ‘Freak Like Me’, ARMAND VAN HELDEN’s ‘Koochy’ and BASEMENT JAXX’s ‘Where’s Your Head At?’ saw Numan’s songs (or at least large parts of them) returning to the top of the charts.

By the time his last studio album, ‘Jagged’ was released in 2006, his critical rehabilitation was complete. Following a triumphant pair of appearances at Back To The Phuture – Tomorrow Is Today, in the summer of 2011 he received the Mojo Inspiration Award in recognition of his widespread influence, presented to him by fellow synth pioneer THOMAS DOLBY. 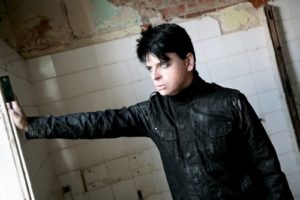 This month sees GARY NUMAN return with a new album, ‘Dead Son Rising’, and tour. Co-written and produced by Ade Fenton, the album developed out of a set of discarded demos from previous projects but quickly took on a life of its own. Dead Son Rising promises to be both atmospheric and eclectic, with material ranging from the brooding ‘Dead Sun Rising’, to the Arabic and ghostly ‘We Are The Lost’.

New single, the anthemic ‘The Fall’ has been already previewed on the web while the album also features two instrumental outings ‘Resurrection’ and ‘Into Battle’.

More than 30 years into his career, the man often cited as The Godfather of Electronica is still excited to be making new music. He kindly took some time out of his busy schedule to talk to ELECTRICITYCLUB.CO.UK about his new album and future plans.

Firstly, congratulations on winning the MOJO Inspiration Award! This is something of a turnaround from the early years when the press were very anti-Numan. How does it feel to finally get this recognition?

It feels great, very special. Things started to improve around the mid 90s and it’s been a steady build ever since. More people doing cover versions of my stuff, people like NINE INCH NAILS and FOO FIGHTERS, others using samples from my songs like SUGABABES and BASEMENT JAXX, others talking about me as being influential to them in various ways, it’s all been very positive for some time. Getting the award is the icing on the cake though. Very satisfying.

Who was the most unlikely artist do you think to have been inspired by you?

The new album ‘Dead Son Rising’ is co-written and co-produced by Ade Fenton. As sharing the writing credits is something of a first for you, can you tell us about how you worked together on the creative process? Are there any key tracks from which the rest of the album grew?

The first track finished was called ‘The Fall’ and that got it off to a good start. Although the album is quite varied in content, more so than my usual albums, so much of it is quite different to ‘The Fall’. The process started out as just a GARY NUMAN album. At some point I went off it and didn’t want to do anymore with it really. I didn’t like what I’d written and got very down on the whole thing. Ade kept at it though and did a lot of new stuff. That brought me back in but by then it seemed obvious to me that his contribution had gone beyond that of a producer and so I said to Ade that we need to think of it as a joint project. I wanted it to go out as a GARY NUMAN / ADE FENTON album, but Ade wanted to keep it as a GARY NUMAN album. 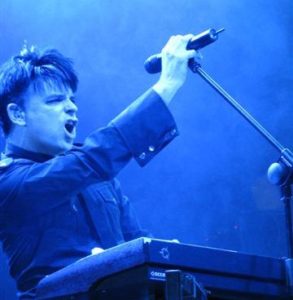 ‘The Pleasure Principle’ shows in 2009 were visually impressive, with their use of LED screens, and you took this a step further with your striking headline slot at Back To The Phuture earlier this year. Are we seeing a return to the big Numan stage sets of yesteryear?

As the career progresses and continues to build, we are able to consider more extravagant stage and light shows.

To some degree this obviously depends on how well things are going at any given time, not just for me but for the fans and the economy in general.

You need to be sure that the shows will be well attended before committing to the enormous cost that those big shows come at. But it is something that we are hoping to do more in the coming years. Some tours will be more large scale than others I’m sure. I have another new album planned for next year called ‘Splinter’ and I have big plans for the ‘Splinter’ tour. That should be a big step up but it depends to an extent on how well the ‘Dead Son Rising’ tour goes.

You’ve also become a seasoned festival performer in recent years. How is it different from playing a Numan show?

Playing to an audience that is not full of your own fans brings with it a certain challenge. These are audiences that you need to win over; they are not a certainty by any means. But the excitement generated when they are going well, when you see more and more people warming to what you do with each song, that’s pretty special. You often play in the daylight so you have no big light show to help you, it’s all about the music and your performance. To succeed in that environment is very rewarding and for me, I see it as the most important part of the way forward for my career. My music is too heavy and too dark for radio so the only way I can reach out to a bigger audience is via festivals. 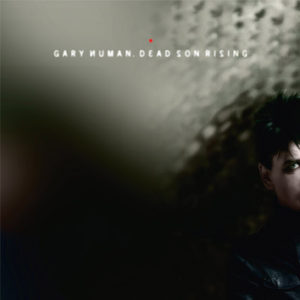 I still have a lot to do on ‘Splinter’ but I expect it to be finished in the early part of 2012, certainly by the middle of spring, so it should be out late summer. It will be heavier than ‘Dead Son Rising’, more of the ‘Splinter’ songs will be huge riff orientated tracks and no instrumentals. I want it to be the heaviest, darkest, most powerful thing I’ve ever done. I’m very excited about getting it finished as soon as possible because touring it is going to be a lot of fun.

ELECTRICITYCLUB.CO.UK gives its sincerest and grateful thanks to GARY NUMAN

Special thanks to Steve Malins at Random PR.

The standard CD edition of ‘Dead Son Rising’ is available for pre-order through GARY NUMAN’s official website and will be available during his upcoming September tour. It will go on general release from 24 October 2011.