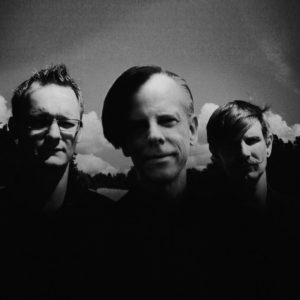 TITANS’ vocalist Dan Von Hoyel sounds like a lower register Dave Gahan in SOULSAVERS mode crossed with a less Teutonic Till Lindemann and his larynx has a rich body which is unusual for a sub-genre known for its shouting.

Despite ELECTRICITYCLUB.CO.UK’s editorial not being big on industrial or futurepop, love is being belatedly thrown on one particular track ‘It’s Dark’ which first sprung in March of this year with a wonderfully creepy video directed by Fredrik Karlsson and starring Hasse Blomkvist.

Posted in Introducing Tagged with De/VisionRammsteinTitans