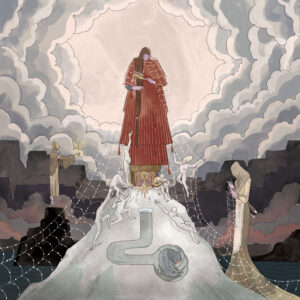 The duo consisting of Megan James on vocals and Corin Roddick in charge of synths, programming and multiple instruments, have been around since 2010, when their simplistic sparse sound heralded the arrival of special type of synthpopia.

Craftily, within couple of years, the Canadian pair were signed to the legendary 4AD and put out their first long player ‘Shrines’

A true musical melting pot packed with inclusions of such wonders as 808 drums, monosynths and extravaganza of sampled vocals, the album was recorded in separate studios miles apart, one in Halifax and the other all the way in Vancouver, a fact rarely exercised back then, yet quite common nowadays, being enabled by various file sharing platforms.

The follower to ‘Shrines’, ‘Another Eternity’

saw the group honing on their sound, polishing it and refining the production, as well as audibly improving the vocal masterdom. The album was more commercially minded and one could say that is what CHVRCHES sound is all about.

Being far more ‘underground’ to CHVRCHES, who hit the commercial bubble beautifully, PURITY RING enjoy cult audiences, who often prefer “the real thing” to the newcomers. With that, this peculiar time introduces a peculiar album number three…

is the intensification of its predecessor, it’s wholesome and polished, wavering the “music for the masses” aspect (no pun intended) for the more niche particulars, and the opening ‘Rubyinsides’ is a perfect example. Lyrically it is bizarre and worrisome, like listening to an audio horror show, juxtaposed with the sweetest of voices over gentle melody.

‘Pink Lighting’ with its coagulated male voice during opening, transferring to James’ delicate vocal floats over minimal base of dreamy electronica, while ‘Peacefall’ rings out with velvety qualities of a music box.

‘I Like The Devil’ rolls in with punctuated twisty synth, exposing further delicacies of the duo’s sound, transforming into minimal ‘Femia’, which nods towards their first album. The song was written after the tragic passing of the vocalist’s aunt, it’s a tale of passing life and the realisation that the fate leaves nobody standing. ‘Sinew’ continues with the nostalgic thoughtfulness, calmly melancholic and weirdly uplifting at the same time.

With ‘Vehemence’, the hope comes back, floating between gracefulness and luminosity, to ebb away on ‘Silkspun’, with its heavier synth qualities. Of course James’ voice softens it all, calming the angriest of seas, which is the case on ‘Almanac’ as well, with further vocal manipulations to suit any modern palate. The closing ‘Stardew’ recalls CHVRCHES the most, beautifully arpeggiated and very commercial, it’s just a perfect chill song. 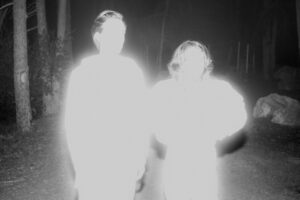 If you like CHVRCHES and have never heard of the parents of the Scottish band’s sound, then give PURITY RING a go. Somehow the duo could appeal to you more so than the one who made it commercially.

released as a CD, violet or black vinyl LP and download by 4AD Records