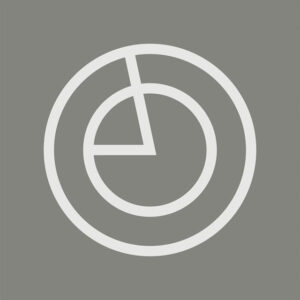 8:58 is the newly christened name for the side project of ORBITAL’s Paul Hartnoll.

There are definitive threads running through this album which inevitably hark back to ORBITAL, the chronological theme of the title track and ‘The Clock’ recall the ‘Planet of Shapes’ from ‘The Brown Album’ which featured the “Even a stopped clock tells the right time twice a day” sample from ‘Withnail and I’.

The album opener and title track features ‘Star Trek Into Darkness’ and ‘Peaky Blinders’ star Cillian Murphy intoning about how throughout our lives, we are slaves to the unstoppable ticking of time and the clock.

Murphy linked up with Hartnoll when the latter was commissioned to create the soundtrack for the BBC Gangland-based TV series along with PJ Harvey and the legendary Flood (who handles mixing duties here too). Murphy also appears in the accompanying promo video which features a ‘Mr. Benn’ shopkeeper-style cameo from Paul Hartnoll himself.

‘8:58’ itself starts off in pretty slow-burning and down-tempo fashion with vocal and bell textured synths, before the track ramps up significantly towards the end with bitcrushed drums bringing the piece to a more dramatic and heightened conclusion.

Up next is ‘Please’ which features more guests in the form of Robert Smith from THE CURE and Lianne Hall – in case you are getting a sense of de ja vu here, then you would be right, as the track originally appeared on Paul Hartnoll’s solo offering ‘The Ideal Condition’.

This time around though, the original version’s ‘Satellite Of Love’ chord progression has been given a supercharged dance-oriented / square wave bass production, featuring a stabbed synth break and portamento lead riff which couldn’t be more ORBITAL-esque if they tried… interestingly, the original 2007 mix of this song is conspicuously absent from YouTube, but a few remixes exist should you wish to make a comparison, or head over to Spotify to have a listen!

‘The Past Now’ is a far more original sounding proposition, guest folk vocalist Lisa Knapp’s heavily reverbed vocals sounding gorgeous against an initially ambient wash before the track builds over a FAD GADGET style rhythm track. The song builds dynamically throughout with more contemporary sounding eight beat stabbed chords – the lush sound of this track is a definite highlight here, the vocal textures recalling the wonderful Liz Fraser in places. 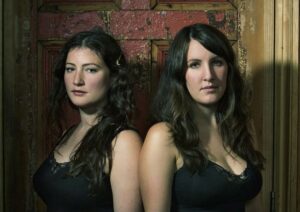 Hartnoll is a self-confessed folk fanatic and again dips into vocalists from this genre by featuring THE UNTHANKS on a version of THE CURE’s classic ‘A Forest’. But he resists the temptation to up its tempo, going for a more funereal and understated feel instead.

The familiar intro and outro guitars are re-imagined on synths and the whole approach even outdoes the original atmosphere of the track to take it to a far darker place altogether.

The left and right panning on Rachel and Becky Unthanks’ vocals help to give the interpretation of the song a more claustrophobic / intimate feel throughout, yet complementing the electronic sheen of the production.

Purely instrumental tracks ‘Broken Up’ and ‘Nearly There’ help bring the album towards a close, the latter being the most up tempo and 4/4 oriented track on the album, a frenetic almost early psy-trance feel to the sequencing.

Final track on ‘8:58’ is the haunting ‘Cemetery’, again another vocal-led piece with lyrics from the 18 year old Holly AKA ‘Fable’. Vocal cut-ups and a mix of 4/4 and breakbeat drums recall ORBITAL again without being an out-and-out pastiche. Staccato percussive KRAFTWERK synths echo around the stereo field and another heavily reverbed vocal leads into a melancholic but euphoric chord progression as the track rounds off the album perfectly. The main vocal hook on the song is “We are made of symmetry”, but a play on words gives the song its conclusive final title.

Overall, the clean synthetic production and sound of ‘8:58’ is superb with Flood being the perfect choice to handle the mixdown. 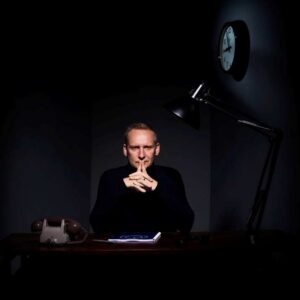 The album certainly holds its own against the last ORBITAL product ‘Wonky’, but with the cancellation of the recently scheduled 8:58 tour, there surely must have been have been a few regrets that this didn’t become a full-on collaboration with brother Phil – this certainly would have guaranteed a higher profile and potentially higher tickets sales.

On the flipside, Paul Hartnoll should still be given credit for putting his all into this work, one which shares a perfect sonic space and parallels with the recent SUSANNE SUNDFØR release, which in places has a similar sound. Will the eventual outcome of this album lead to another ORBITAL reformation? Only time will tell…

‘8:58’ is released by ACP Recordings and available now in CD, 2CD, download, deluxe download and double vinyl formats via the usual retailers