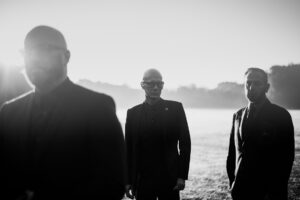 “We live in dark, confusing times and COVENANT wrote an album about how that makes us feel. In a world that has stopped making sense, we need to learn how to see in the dark and ‘The Blinding Dark’ is a triumphant embrace of the strengths and resilience of the soul. It’s the dystopian, unforgiving music of the reflective shadows we all carry within us, but often lack the courage to take a good look at. It’s implosive instead of explosive, fuelled by cold fury rather than a roaring fire, as beautiful as a collapsed star”

The long awaited ninth album from COVENANT is upon us. A superb production, reminiscent of their most celebrated long player ‘Sequencer’ with some exquisite sounds, poignant lyrics and stunning vocals by Eskil Simonsson, the Swedish synth masters are returning with a remarkable development in style, something purposefully planned and executed with clockwork precision.

ELECTRICITYCLUB.CO.UK spoke to co-founder Joakim Montelius about all things COVENANT.

Album number nine, a long career and dedicated fan base. What’s the secret to COVENANT’s success?

I honestly don’t know. But I think a part of it is that we never stand still. We don’t stick to a formula. We’re always curious to find out what we’ll do next and it seems like a lot of people are curious too. And we try hard to keep our standards high. I guess that helps. 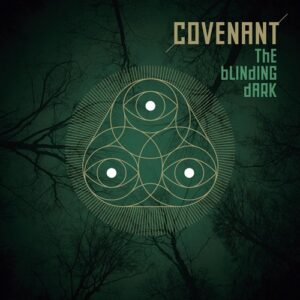 ‘The Blinding Dark’ calls for a lesson to see in the dark “in the world that has stopped making sense”. Are we really that doomed?

Doomed is perhaps not the word. It implies that there’s some kind of external force that wants to do us in and I don’t believe in divine intervention of any sort. But yes, I’m honestly pretty worried. The world has always been messed up, so that’s nothing new, but it’s never been so bewilderingly difficult to understand before. And no-one seems overly interested in trying to do much about it.

No-one listens to people who actually know what they’re talking about, people build their understanding of entire continents on stuff they read on Facebook, there’s a lunatic who’s incapable of uttering a coherent sentence that makes sense running for president in the most powerful nation in the history of mankind, the EU can’t even bloody agree on how to co-operate over taking care of the refugees that we’re pledged to help and in the meantime, other lunatics are busy slaughtering their own citizens… And it just goes on and on and on. It’s just like Moby puts it: “these systems are failing”.

Could you elaborate on your statement about the album being implosive rather than explosive?

We’re known for some pretty big anthems and energetic, upbeat club tracks. Even if there has always been another, more quiet and melancholy side to COVENANT, that’s what most people think of our music. On ‘The Blinding Dark’, most of that energy is turned inwards. The big stuff is still there, but it’s only hinted at, like the invisible force of a black hole. It drags you in rather than propel you onwards. It’s suggestive and contemplative, in an effort to slow things down in order to have a proper look and figure stuff out.

‘Sequencer’ remains the long player your fans always refer to the most. ‘The Blinding Dark’ brings back the elements of your legendary opus. Was that a planned move?

Not at all. We didn’t see the similarity until it was already done. ‘The Blinding Dark’ is very different in most musical aspects, but the mood and the attitude is pretty similar. I fondly think of it as “Sequencer as an adult”.

Daniel Myer is back…

Yes! He just couldn’t keep his fingers out of the jar any longer. It feels great, Daniel is always welcome to the jam. And, disregarding every rule of marketing our brand, don’t miss his new LIEBKNECHT stuff. It’s brilliant. 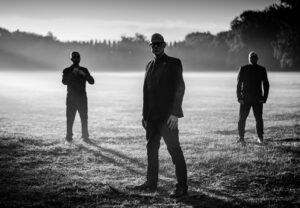 “Disobedience is important”, you say in a promo video for the album. Why should we disobey?

Why should anyone obey anyone who demands to be obeyed?

For a non-religious person, religion has often been a subject matter of COVENANT’s tracks…

I’m fascinated by religion. There is a lot of truth in religious texts that people have spent millennia figuring out. I think we should appreciate that wisdom and respect the enormous intellectual and emotional effort it represents. We have a lot to learn from it, even if we don’t believe in the idea that we’re created by an omnipotent, omniscient and benevolent God. Another interesting aspect of religion is of course how it shapes how people behave and consider to be “right” or “wrong”. But that would take an entire essay to discuss 😉

As a musician you are a “sound mirror”, where do the influences come from the most?

Everything that passes through our heads is potentially music. It can be a small thing, like an overheard conversation on the train or a noise in the street, or something really big and profound like historical events. Anything that triggers the imagination and provokes an emotional response, and once we have an idea that seems strong enough to carry all the way, it’s mostly a matter of hard labour. Sometimes it’s not enough or we don’t find the proper angle, so the idea ends up in the Vault, waiting for better circumstances. And sometimes it just goes from a spark to a finished song in a couple of hours. You never know where the music will take you and that’s why it’s so important to keep those antennas in the air and be ready when it comes.

The idea to cover a country number in ‘A Rider On A Wild Horse’ was a bold one. Brilliantly executed track there… and who is the mysterious lady?

Thank you. Yes, it turned out great. It was originally made for Andreas Catjar’s project LOVAC and the “mysterious lady” is Erica Li, also a member of LOVAC. When we heard it, we kidnapped it and made it a bit more electronic. The original version by Lee Hazlewood is brilliant too, of course. 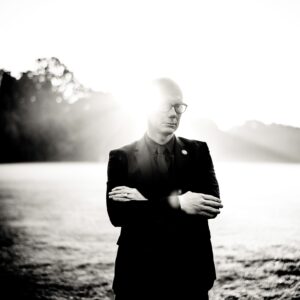 You are superb live. Ritualistic. ‘Ritual Noise’, alongside other marvellous live tracks, take the audience on a spiritual journey. What can we expect of the new record on tour?

That remains to be seen. We’ll probably build the live sets around ‘The Blinding Dark’, but as always it’ll be material from our entire career. We toyed with the idea to perform in complete darkness, but it’s a little too impractical.

Eskil is known by his impeccable dress sense. Can we expect more of the perfect tailoring?

The suits stay on, yes.

Your good mates MESH and APOPTYGMA BERZERK had brilliant albums this year. Competition or comradery?

Comradery, of course. Music is no competition, regardless of what the mainstream entertainment business wants to make us think. It’s quite amazing that people we’ve known and worked with for more than 20 years not only are still around, but that they still manage to surprise and evolve. I absolutely love what APOP did on their new album. That takes some serious guts.

Your personal views on analogue versus digital?

JM: I don’t see the “versus” thing. They are two different technologies that you can use to transmit and receive information. One is technically better, the other feels more natural. We use both with equal enthusiasm.

A new chapter for COVENANT as a quintet…

Yes. The more, the gloomier 🙂

Any personal favourites on the new production?

JM: Yes, every single track. No kidding, I really think it’s a fantastic album. I don’t think I’ve said that about any of the other albums we’ve made, but I’m damned proud of what we have made on ‘The Blinding Dark’. The music, the words and the stunning artwork is all extraordinary. I know that we Swedes are not supposed to boast like that, but I’m not boasting, it’s just the truth.

ELECTRICITYCLUB.CO.UK gives its grateful thanks to Joakim Montelius

With thanks to Ines Weidemann at IAM-International Artist Marketing

Posted in Interviews Tagged with Covenant