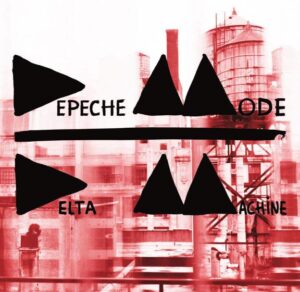 After the mediocrity of ‘Sounds Of The Universe’ – arguably saved only by the single ‘Wrong’ – speculation must have abounded that DEPECHE MODE had delivered their swansong.

With Martin Gore’s quasi-spiritist songs of ‘Peace’ and praise, Dave Gahan’s throw-away contributions like ‘Miles Away’ and the other one. ‘Sounds Of The Universe’ was built sonically around Gore’s newfound obsession with synth collecting but felt like a band reaching the end of their creative rope.

Was this the same band who had recorded ‘Violator’ and ‘Songs Of Faith & Devotion’? It certainly wasn’t the band who recorded ‘Black Celebrationn’. It was a synth collector’s summit attended by accountants. The Mode had lost their mojo.

Fans of the band bought the album, attended the tour, moaned about the woeful Dave songs, the limp Martin songs, and waited for the corn wave that signified the real DEPECHE MODE when they were still writing real hooks and having hits. Then, some of us were even hoping that the band would take the hint and quit before it all got so very much worse for them, to stop us going through the motions of gnashing our sorry teeth to more albums, tours and poems of lost faith and devotion. Because DEPECHE MODE fans do that kind of thing; like a henpecked partner in a relationship, they wail, cry, regret, threaten to leave – and always come back for more.

So, when DEPECHE MODE announced ‘Delta Machine’ was in the works, there was that usual mixed optimism and gloom. Information slowly leaking out made the mixture sound at first familiarly depressing with yet another Ben Hillier production but then quite exciting with the addition of Christoffer Berg from THE KNIFE’s production team, and the name Flood on the mixing desk. Short of the holy fingers of Alan Wilder, Flood’s presence is the next best rabbit’s foot for a DEPECHE MODE album. Flood-related albums – ‘Violator’ and ‘Songs Of Faith & Devotion’ – have been at the peak of the band’s success and remain their most popular albums for many. There’s talk of bluesiness and more analogue synthesisers, the band’s best album since ‘Violator’… and we wait. Have Berg and Flood stoked the fire of creativity? Or is it another step down the hill on the way to the retirement home? 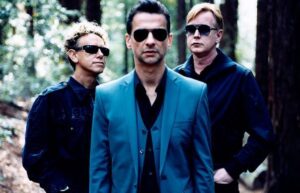 Relax, dear fans – your anxious, shame-filled years are over. DEPECHE MODE have found their long missing cojones – arguably lost down the couch in Spain whilst recording ‘SOFAD’ – and have come back with not a perfect record, but a bloody big improvement on the last one. ‘Delta Machine’ clocks in at 13 tracks and a respectable 60 minutes (without the 4 bonus tracks available in the 2CD deluxe edition).

As on ‘Sounds Of The Universe’, there are 3 Gahan compositions, (penned with all round electro-groove guru Kurt Uenala aka KAP10KURT): ‘Secret To The End’, ‘Broken’ and ‘Should Be Higher’ – and Gore shoulders the other ten.

And, like ‘Playing The Angel’ but certainly unlike ‘Sounds Of The Universe’, the album’s strongest tracks fall between the pair of them. The songwriting shows more often than not, a welcome freshness and vitality where ‘Sounds Of The Universe’ was flailing and failing. Shockingly, this time, the weakest three may well sit at the foot of Gore’s writing desk.

Sonically – the band were totally correct when they mentioned the album’s blues influence. But we don’t have SOULSAVERS 2 here: and nor do we have VCMG 2 at the other end of the spectrum. ‘Delta Machine’ is as the name suggests, a crafty mélange of the two styles. In fact, those expecting raw blues have been and will be quite surprised by just how electronic it is: some say perhaps too much so on tracks like ‘My Little Universe’ which has possibly caused the most division of any track on the record amongst listeners; here, the Mode channel the spirit of Thom Yorke, making a sparse, complex, restrained stand-out track which has surprised and confounded many. But it’s a standout and shows some exciting new ground which the band are claiming with conviction. 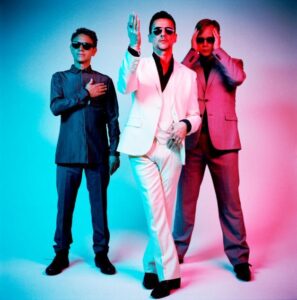 In contrast, ‘SOFAD’ lost track ‘Slow’ brings the coke-and-sweat back-room sleaze to the party, with loping guitars and a dark ‘Twin Peaks’ vibe. This too, works: and allows Gore to get the guitar out both on album and on stage: although it could be transformed from sleazy stripbar to “time for a comfort break” plodder on stage. Gahan’s time tonsillating for SOULSAVERS seems to have brought his expressiveness back from the barrel of a disused gun, and he seems to have lost some of that nasal screech which made parts of ‘SOTU’ so difficult to bear. Gore only lends his vibrato to one album track – ‘The Child Inside’, one of the album’s weaker tracks and one bonus track ‘Always’ – a stranger, more interesting track which could have been substituted in if it weren’t obligatory for each album to have one slow, untreated Gore ballad.

‘Delta Machine’ contains some unabashed uptempo – even slightly cheesy – pop numbers. ‘Soft Touch/Raw Nerve’ is the most obvious track on the album, closely followed by ‘Soothe My Soul’, but both manage somehow to be enjoyable and seem like ‘Personal Jesus’ replacements in the spirit of ‘John The Revelator’ and even ‘I Feel Loved’. Ridiculously catchy and energetic, these tracks will find their way into your head with their hooks until you’re yearning for an ear sorbet to cleanse your brain out. And just in time comes ‘Should Be Higher’: the older, more sophisticated and far more attractive cousin of ‘In Chains’. Astonishingly, this is a Gahan/Kurt composition and could just be a contender for best track on the album. With exciting, unsettling melodies and a touch of nastiness, it’s vintage Mode. It’s the kind of song which forces a spontaneous “at last!” from the mouth of the long suffering faithful.

“At last!” might well summarise ‘Delta Machine’, generally, but it is not a perfect album. It has a couple of very sore Achilles heels. First, is the uncanny sensation one occasionally (actually frequently) experiences when Gore’s choruses are particularly channeling the ghost of Lennon and the live soul of McCartney.

In ‘Heaven’, ‘Welcome To My World’ alone and also a little in closer ‘Goodbye’ there are classic pop choruses which owe everything to The Fab Four. It will make these songs more commercially viable, but some have fed greedily on the minor chords and abstruse structures of the ‘Black Celebration’ era, and to them, this is perhaps one step too far. And there are weak, maudlin moments – like ‘Alone’ and ‘The Child Inside’ – Gore hasn’t completely managed the self-editorship that could have made ‘Delta Machine’ one of DEPECHE MODE’s best albums.

But there’s no doubting that it is their best for at close to a decade, probably more consistent than ‘Playing The Angel’, certainly showing stronger songwriting than most of ‘Exciter’ and let us not even speak of the dark ages of ‘Sounds Of The Universe’ Welcome home boys!

‘Delta Machine’ is released by Columbia/Sony Records on 25th March 2013 in an assortment of formats including CD, 2CD deluxe, download and double vinyl

DEPECHE MODE tour the world throughout 2013. Please visit http://www.depechemode.com for news and information