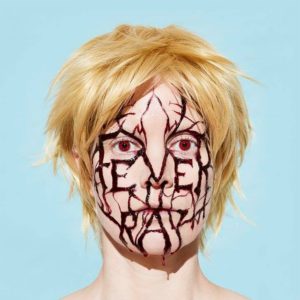 The First Lady of the Swedish electronic scene Karin Dreijer returns and the comeback is indeed a bit of a ‘Plunge’.

Being one half of THE KNIFE who shook the foundations of Swedish synth music and created new directions in all things electronic, Dreijer has for years embodied the most influential figure in darker, artier synthpopia. THE KNIFE, formed in Gothenburg with her brother Olof, released a few notable albums, including the uncompromising ‘Shaking The Habitual’ in 2013, to disband the following year after a number of successful live appearances.

Yet back in 2009, Dreijer couldn’t wait to unleash her solo project under the pseudonym of FEVER RAY, which gave a go ahead to artists such as IAMAMIWHOAMI, KARIN PARK, GAZELLE TWIN, AUSTRA, THE HORN THE HUNT, NIKI & THE DOVE and perhaps to Canada’s GRIMES as well. The school of hauntronica was opening doors to a wide variety of female artists who wanted to take the synth to another level.

The eponymous album number one was heralded by ‘If I Had A Heart’, which caused a stir big enough to be featured in many TV series, with ‘Breaking Bad’, ‘Person Of Interest’ and ‘Vikings’ to name a few.

The Ice Maiden Of Synth also contributed vocals to the works by DEUS and RÖYKSOPP, composed the soundtrack to ‘Dirty Diaries’, ‘Hour Of the Wolf’, and gigged extensively, gathering more than positive reviews.

Known for her visual extravaganza of costumes, masks, body paints and theatrical props, Dreijer makes an unexpected return with ‘Plunge’

Weird and eerie sounds on ‘Wanna Sip’ pull strings from the onset, inviting a celebration of what’s unusual and egocentric. The curious urgency created by the clever use of musical elements ends abruptly, to be followed by ‘Mustn’t Hurry’; the Nordic vocals are pushing boundaries over mysterious beats, leading to pitch-bent hysteria on ‘A Part Of Us’ featuring Tami T.

‘Falling’ is the preparatory tune, designed to work as shift change into the more political and designed to shock part of the album. The most experimental on the opus, it features samples of dial tones, bells and harsh vocals to unnerve and “feel dirty”. For a tribal feel of distorted vocal and sex noises, all wrapped up in Japanese notion over the playground antics, let’s go into ‘IDK About You’. Weird enough? Certainly…

But then comes ‘This Country’; here Dreijer gets political, sexual and more peculiar still. Referring to “perverts”, “free abortions, clean water” and the general statement that “this country makes it hard to f**k” pretty much says it all.

It’s all a risky ‘Plunge’ (except the title track is a chipper instrumental proposition); ‘To The Moon & Back’ being the classic example of it with the scandalous “I want to run my fingers up your pussy”. Have we heard it right!? Oh yes, FEVER RAY has the fever, and she’s not ashamed to admit it. And all this over ERASURE-esque arpeggios!? And why not!

The vibrations change to cinematic eastern violin, which buzzes with the urgency of noise in ‘Red Trails’, shifting to ‘An Itch’ with its axe grinding qualities, to be reconciled with ‘Mama’s Hand’. With that stretched voice, trying to explain the subject matter as love, but what love? Maternal, sexual, of a brotherhood of men; has Dreijer found her destiny? Has she reached her fulfilment? Has she cleared the uncertainty or merely muddied the waters further?

FEVER RAY has certainly transformed, noticeably evolved, properly grown, unafraid to spell things as they are. The ambivalent political-sexual manifesto is there for grabs.

It won’t be to everyone’s taste, but for the lovers of the quirky, strong, semi-feminist and above all, bursting with art forms, ‘Plunge’ will hail the new era. It’s an era of unbridled sexuality, paradoxical freedom and all things weird and beautiful.

And who will FEVER RAY inspire next?

is released by Rabid Records via the usual digital platforms