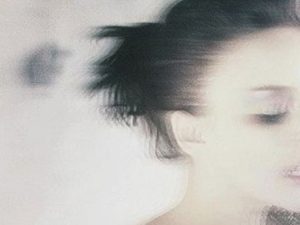 CHVRCHES’ brilliant first single ‘Lies’ is like ‘The Whole Of The Moon’ re-imagined by GARY NUMAN but fronted by ROBYN.

It’s all driving electronic drums, meaty piercing synths, powerful vocals and a forlorn gothic demeanour but most importantly, ‘Lies’ has a tune!! A bunch of influences such as LAURIE ANDERSON, DEPECHE MODE and danceable pop music form part of CHVRCHES’ artistic vision.

The enigmatic Glaswegian trio of Lauren Mayberry, Iain Cook and Martin Doherty have been very coy about overexposing themselves on the ether. But a source who has seen CHVRCHES’ live show has confirmed that they are worthy of the excitement that appears to have centred around them via the various buzz blogs who like to be first and up-to-the minute.

Few bands manage to produce a song as good as ‘Lies’ in their lifetime, let alone as their debut so while ELECTRICITYCLUB.CO.UK reserves judgement until a larger body of work has been heard, the signs are that even at this early stage, CHVRCHES should be taken seriously. They have a manager, invested in quality equipment such as the Minimoog Voyager and Prophet 08, made their signature song sound as dynamic as possible with high production values and like HURTS, have realised that a stylised video representation of the band is an important calling card.

They also did two days of dress rehearsal ahead of their first proper show at the Glasgow Art School… one might laugh but a few years ago, ELECTRICITYCLUB.CO.UK witnessed the performance of one synthpop duo, much highly vaunted by the evening’s hosting blog, who had not bothered to rehearse before their debut gig…not surprisingly, they were rather appalling! Aspiring acts, please take note!

So CHVRCHES… can they “make a true believer of anyone”?

‘Lies’ is available as a free download via Neon Gold

Posted in Introducing Tagged with ChvrchesRobyn