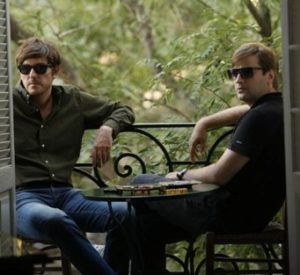 ELECTRICITYCLUB.CO.UK have just returned from a visit to Undo Records HQ in Athens.

One of the acts they discussed were LIEBE, a Greek electro disco duo comprising George Begas and Dimos Zachariadis who coincidentally released their second album ‘Somewhere in Time’ on Undo back in 2012.

Their sound really does hark back to somewhere in time when Giorgio Moroder and Bobby Orlando were models of dancefloor cool, sitting on that difficult bridge between pastiche and post-modern. Brilliant songs such as ‘Strangers’, ‘Another Story’ and ‘Flamingo Nights’ all highlight the pairing’s love of synthpop and Italo, both much maligned music forms in the eyes of hipsters.

But whatever retrospective tendencies LIEBE have, what Begas and Zachariadis do is fun, melodic and danceable but with a tinge of melancholy… and they do it with panache and style, as can be seen from their promo videos.

‘I Believe In You’ is LIEBE’s most recent single and the video has been gaining traction on MTV Europe. Filmed by Nikos Tsaldaris and choreographed by Nadia Koutziabasi, the visuals see four dancers practicing their art for the cameras while a monochromatically captured Begas stares upwards at the screen, looking strangely disinterested. The music ain’t bad either…imagine if PULP’s Jarvis Cocker had joined PET SHOP BOYS in 1987 and actually tried to sing instead of speak 😉

Already onto their third album, entitled ‘Airport’ and featuring ‘I Believe In You’, it continues on the sunny, synth assisted holiday vibe as showcased on ‘Somewhere in Time’. ‘Airport’ also features highlights such as ‘Save The World’, ‘Into Your Arms’ and ‘The Distance’ which reinforce why classic European pop can still have a place in people’s hearts. 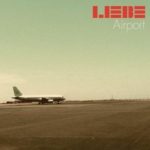 ‘Somewhere in Time’ is still available as a CD via Amazon or Undo Records online shop at http://www.undorecords.com/