March 11, 2013 / electricityclub / Comments Off on KID MOXIE The Bailor 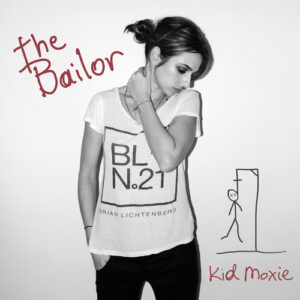 “Does my soul live in a far-off land?” KID MOXIE is the musical vehicle of Elena Charbila, the stunning Greek actress based in Los Angeles.

Her roles have included appearing alongside the legend who is Al Pacino in the film ‘Wilde Salome’ while her various assignments have taken her face all around the globe.

Although the collection was a mixed bag, it introduced her formally to the music world with its bonus tracks bolstered by a MARSHEAUX remix of its best song ‘Medium Pleasure’.

Continuing her association with the Athens based electro family, she guested on NIKONN’s album ‘Instamatic’ in 2012. Always sounding her best when adopting a breathy continental vocal style, tracks such as ‘The Sea’ and ‘Moby Is Around’ provided the most perfect of Aegean chill out tunes. Taking a leaf out of her work with NIKONN, Elena Charbila has now recorded possibly her best song yet as KID MOXIE with ‘The Bailor’.

The accompanying promo video directed by Zan Tot looks like a mini-Hollywood movie which exploits the sexy allure of its leading lady to the full. Meanwhile the song itself is wonderfully hypnotic with its ‘Porcelain’ piano and soothing synth strings enhancing the gorgeous wispy blend.

A new album is slated for release later in the year and set to feature a collaboration with renowned film composer Angelo Badalamenti, courtesy of a version of ‘Mysteries Of Love’ which he originally recorded with JULEE CRUISE. Incidentally, this song has also been recently covered by CLAUDIA BRÜCKEN.

‘The Bailor’ is available now on Amazon and iTunes