February 27, 2016 / electricityclub / Comments Off on Lost Albums: SANDRA Into A Secret Land 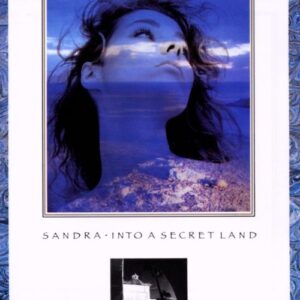 The million dollar question is: whose female vocal was featured on a single, which topped the UK charts in 1991?

A singer, who had already been an established solo artist in Germany and most of Europe; someone, who never made it into the UK in her own right, but whose voice pierced through the extraordinary seductive production of Romanian-born, German producer Michael Cretu. Meet SANDRA, one of the voices of ENIGMA, whose ‘Sadeness (Part I)’ achieved the top position in twenty four countries with its sensual connotations, based around the curious sexual desires of Marquis de Sade (hence, the original spelling of the name of the track).

All that, veiled under exquisite Gregorian chants, interspersed with Latin and French lyrics, erotically whispered by SANDRA. The lady herself, born Sandra Ann Lauer, started off as the voice of female disco trio ARABESQUE, whose hits raised the roof in both Japan and their native Germany.

Nine albums later and following the decrease in popularity of disco music, SANDRA and her partner Michael Cretu, decided to concentrate on their own project. The first step was releasing a German version of ALPHAVILLE’s ‘Big In Japan’. The expectations, however, didn’t match reality; the track was a poor seller.

SANDRA’s solo career started taking shape with the first album ‘The Long Play’ and its massive Euro hit single ‘(I’ll Never Be) Maria Magdalena’, cementing her position as one of the freshest sounding vocalists of the era. She moved to London for a while, to distil, not only her language skills, but also her singing. As her popularity grew, SANDRA married Cretu and relocated to Ibiza, where she concentrated on her third release ‘Into A Secret Land’.

The album consisted of nine tracks, four of which became subsequent singles and elevated the artist to the new heights of recognition. ‘Secret Land’ opened the album, with exquisite piano and PET SHOP BOYS inspired synth patterns as well as the clean vocals of Mrs Cretu. The song became the second single showcasing the album and, to date has been considered as one of SANDRA’s biggest hits.

‘We’ll Be Together’, featuring the artist’s signature vocals, beefed up with Cretu’s own voice, was a marvellous dance track, punctuated with a clever use of added instruments, such as castanets, making it a Spanish hymn. It was also the first song to be co-written by the artist.

‘Heaven Can Wait’, which advertised the production as the first single, still remains one of the most popular songs by the German songstress; the pointed vocal over superb synth combos programmed by the brain of ENIGMA. 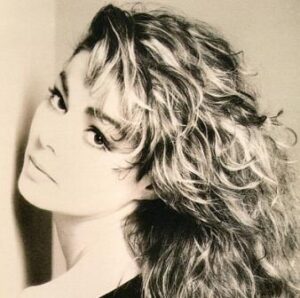 ‘Just Like Diamonds’ slowed down the tempo considerably, into a beautiful ballad, while ‘Around My Heart’, a huge chart hit and the last single from ‘Into A Secret Land’ followed with interesting changes of sequences before leading into ‘Crazy Juliet’; yet another pop corker.

‘La Vista De Luna’, although was never released as a single, enjoyed some radio play in Europe and was rather popular in Poland. ‘Celebrate Your Life’ opened with oriental sound effects, rushing into ‘Children Of England’, a gentler sounding, more political track, showcasing that SANDRA could get serious and branch out beyond the matters of heart.

More albums followed, including attempted comebacks and desperate plug-ins into the UK chart territory including the very ENIGMA sounding ‘Johnny Wanna Live’; Britain never bought into it however, for reasons unknown, especially as SANDRA became immense in many countries and English was her preferred tongue of choice. Her 2012 album ‘Stay In Touch’, produced by the extremely popular German DJ duo, BLANK & JONES barely entered the charts, even though it was built on her early sound’s blueprint.

It’s both a great misfortune and a curious mystery, as to why SANDRA never made it big in the UK, but one thing is certain: she was big in Europe and certainly very “big in Japan”! And with her connections to ENIGMA, her own albums are more than worth checking out.

‘Into A Secret Land’

was released on CD by Virgin Schallplatten GmbH