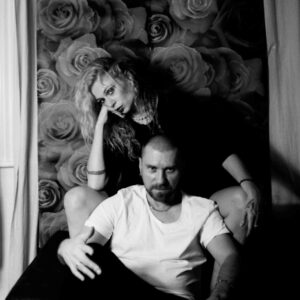 With their name standing for “non-human”, Berlin-based Polish duo NNHMN are possessed with a supernatural presence.

“Self-transforming creatures speaking in a colored language”, Lee and Michal Laudarg present their haunted but danceable electronic sound with a stark brutalism and enigmatic female vocals.

From their upcoming EP ‘For The Comfort Of Your Exstazy’, the body is strong on its lead track ‘Omen’ and its pulsing backbone recalls THE CHEMICAL BROTHERS ‘Out of Control’.

In these unsettling times, ‘Omen’ captures the zeitgeist with a poignant anti-war message. NNHMN said “We can’t stand neutrally when this senseless war is turning into pure hell. The artist can’t stay neutral, the artist must use a weapon that is their strongest asset”. Stating the true nature of evil, it declares “So they worshipped the dragon giving the power unto the beast so now who’s able to make a war with him…”

The self-directed video exudes an underground voyeurism, described as “the world in which incarnations of ancient gods live. The modern urban techno panorama where sinister doom meets ethereal and untouchable higher self…”

NNHMN’s debut album ‘Church Of No Religion’ was released in 2019, but the couple have since gone down the EP route in pursuit of their non-conformist creative freedom with the appropriately titled ‘Your Body’ being a particular highlight from their most recent release ‘Tomorrow’s Heroine’.

‘Omen’ is from ‘For The Comfort Of Your Exstazy’ released by Young and Cold Records on 25th May 2022 as a black or lemon green 12” vinyl EP and CD, pre-order from https://nnhmn.bandcamp.com/ 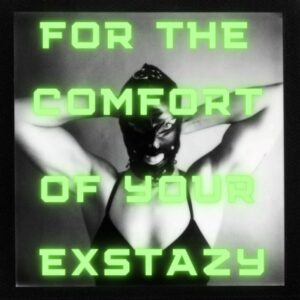 Posted in Reviews Tagged with NNHMN

A Short Conversation with ADULT.