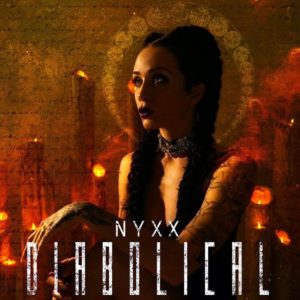 From her self-released her debut EP ‘Nightmare’

, this haunting slice of electro-goth drama discharges a penetrating set of dynamics and an enticing feline demeanour. Meanwhile the video, which NYXX describes as “the fruit of my literal blood, sweat, and tears”, also features a cameo from Graves.

With a name inspired by the Greek goddess of night, NYXX issued ‘Nightmare’ in April 2016. The title track was feisty electronic rock with her inherent pop glitz shaken through a Trent Reznor filter. Meanwhile the collection also flirted with Zombie-like heavy metal on ‘Wicked’ and industrial dubstep on ‘Blindsided’.

Having toured North America with AESTHETIC PERFECTION in early 2017, this artistic association with the Aggro-Tech pioneer from Los Angeles has sparked a lot of interest. With two acclaimed songs in ‘Rhythm + Control’ and ‘Diabolical’ already under their belt, any more work possibly involving the pair will be eagerly awaited.

‘Diabolical’ is from the ‘Nightmare’

EP, available as a CD or download from http://www.nyxxnyxxnyxx.com/merch 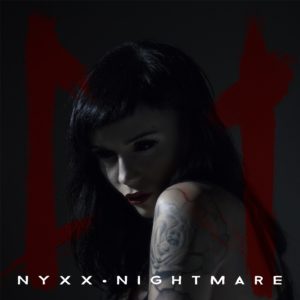