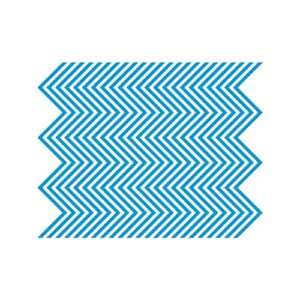 Am not going to lie… the last PSB’s last long player ‘Elysium’ pretty much sent me to sleep! It was a mid-paced, almost (dying) swansong of an album that felt bereft of energy and spark and seemed a world away from the classic electronic pop songs that had helped define the act.

Thankfully, this time around on ‘Electric’

, Neil and Chris have taken note of some of the negative feedback surrounding that album, drafted in Stuart Price as producer and have blown away the cobwebs to produce what could be seen as a Yang to the Yin of ‘Elysium’.

Album opener / first single ‘Axis’sets the agenda, with an overture of heavily-delayed synths, filtered bass and arpeggios. The tempo slows, then an ‘It’s A Sin’ style thunder clap introduces a funky syncopated sequencer bass over a 4-4 kick, the track then builds to a TANGERINE DREAM meets GIORGIO MORODER disco synth workout. Minimal KRAFTWERK-style vocoder “Electric Energies” punctuate throughout the track which overall provides an interesting counterpoint to DAFT PUNK’s recent ‘Giorgio By Moroder’

, and it has to be said rather wipes the floor with it in terms of recreating that era, but adding a modern twist to the much imitated 70s electronic disco sound.

There probably aren’t many acts that approach songwriting the way that PET SHOP BOYS do and have the bravado to get away with certain themes – third track ‘Love Is A Bourgeois Construct’takes (heavy) inspiration from Michael Nyman’s ‘Chasing Sheep Is Best Left To Shepherds’ from the Peter Greenaway film ‘A Draughtsman’s Contract’ (itself a lift from Henry Purcell’s ‘King Arthur’). The intro borrows the main baroque-style theme and filters it in a la ‘Hung Up’ by MADONNA before a knowing Neil Tennant vocal tells the story of an upper middle-class relationship going sour with references to Karl Marx, Tony Benn and “hanging out with the riff raff on Goldhawk Road”, a busy commercial stretch of West London with a somewhat dodgy reputation… so all in all it’s about as far away from DAVID GUETTA-style electronic dance fodder as you can get! 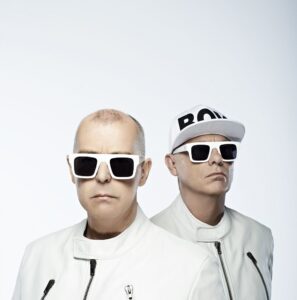 ‘Fluorescent’, with its familiar sounding chord progression is a distant cousin to ‘Being Boiled’ / ’Fade to Grey’ with added gliding portamento synths which echo KRAFTWERK’s ‘Metropolis’.

As with the recent ALISON MOYET album, there is some really excellent vocal production going on here with different vocal EQs and treatments used which really help keep the sound fresh and also give added new life to Neil Tennant’s easily recognisable voice.

I have to admit, am not familiar with the original BRUCE SPRINGSTEEN song ‘The Last To Die’, but in the context of the album, it sits in nicely, comfortably sounding like a PSBs song, albeit with a driving KILLERS vibe to it. ‘Shouting In The Evening’ has the most contemporary feel to it with a heavy vowel-bass synth and (again) minimal vocals which help maintain the focus on the synthetic musical textures.

Final track and second single ‘Vocal’ succinctly sums up that moment when you are watching a favourite band that you truly empathise with or are sharing an uplifting club experience where the music truly “speaks to you”. With its “every track has a vocal” and “this is my kind of music” lyrics, the track works on many levels; it could be seen as a critique on the state of modern music by someone lamenting upon how a lot of current EDM lacks melody and musicality, but then again it could equally be the standpoint from somebody from a younger generation on a typical night out. Being even more arch, ‘Vocal’ could even be a self-referencing review of the PSBs themselves with a knowing “hey, we’ve produced a pretty decent album here and we’re going to celebrate it!”

After taking in this album, one can only wonder at what would have happened had Stuart Price accepted DEPECHE MODE’s rumoured offer to produce them. Because in conjunction with Neil and Chris, he has helped revitalise and shape a superb album that is still recognisably PSBs but with a lush, electronic / contemporary sheen. After approximately 27 years making records, PET SHOP BOYS really shouldn’t be still making albums as good as this one and any long-term fans out there disappointed by ‘Elysium’ can now all breath a collective sigh of relief…