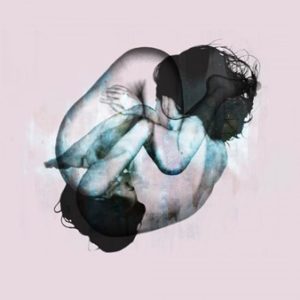 Sarah Anna Psalti aka SARAH P. started her music career in 2010 as the frontwoman of KEEP SHELLY IN ATHENS.

Working with the mysterious producer / musician RΠЯ, the pair actually did hail from the Greek capital, but sounded like they’d emerged from a frozen Fjord in Narvik.

With hints of MARSHEAUX crossed with Polly Scattergood, their best track was possibly the dream laden chillwave of ‘Oostende’; it was what COCTEAU TWINS might have actually sounded like had they been a synth duo.

Called an “Electro pop Goddess” by Sound Injections, after she parted company with KEEP SHELLY IN ATHENS in early 2014, she relocated to Berlin to explore a pop / R’n’B hybrid direction while collaborating with artists including THE NEW DIVISION, THE BILINDA BUTCHERS and SUN GLITTERS.

is an artistic diary chronicling “a couple of years that have been rough and weird”, where she was “shyly and slowly moving from the ultimate darkness towards the light”. Fully utilising her gorgeously spooky voice, the end result is somewhat more direct than her previous work, maintaining a stark beauty while remaining eerie and sinister.

Opening song ‘Dirty Sunday’ gathers together a cacophony of abstract half beats and ethereal atmospheres like Polly Scattergood collaborating with Fifi Rong. There are hints of a sparser GOLDFRAPP too with ‘You’ll Never Know’ being an obvious reference point. The following ‘Let It Go’ has haunting Bush-like mannerisms over the inflected sub-bass, while the passionate, piano marked ‘Little Soul’ is almost a declaration of anger.

The immediate but avant statement of ‘I’d Go’ is wonderful slice of modern pop with a great chorus. With an afflicted demeanour of optimism, she announces “I’m not afraid, why should I be? Now I’m free…”

The kooky ‘Dishes’ is delightfully odd and uptempo, a brilliantly buzzy vintage synth solo making its presence felt towards the climax. ‘Moving On’ is even more driven and dramatic, possibly a comment from SARAH P. on leaving KEEP SHELLY IN ATHENS or even the economic-political situation in Greece. An incessant arpeggio dominates and with sweeping layers also joining proceedings, ‘Moving On’ is quite a captivating listen.

Varied and enticing, ‘Free’ is a vivid commentary on relationships and politics.

is released by EraseRestart as a download via the usual digital outlets, 12 inch vinyl available from http://eraserestart.bigcartel.com/product/sarah-p-free-vinyl