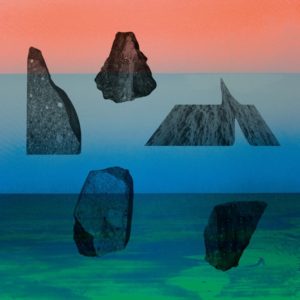 Essex duo ULTRAMARINE are probably best known for their 1991 album ‘Every Man & Woman is a Star’.

melded a disparate mix of  lo-fi drum machines, electric piano, jazz inflections and squelchy Roland 303s. It was a sound that on paper shouldn’t have really worked, but when it hit its peak, comfortably matched acts like THE ORB at their finest, albeit less self-indulgently.

After a fourteen year hiatus, the duo returned with a pair of singles in 2011 and this has led to ULTRAMARINE’s ‘Signals Into Space’

, their first full length album since 2013’s ‘This Time Last Year’. This time around there are collaborations with vocalist Anna Domino who contributes to four tracks, plus percussionist Ric Elsworth and sax player Iain Ballamy from LOOSE TUBES.

Album opener ‘Elsewhere’ provides a dark electronic opener with an eclectic mix of twittering bird song, echoed TANGERINE DREAM-influenced sequencer part and retro analogue drum machine which has its lo-fi congas pitched up and down through the track. Ambient guitar and Juno-style synth layers work brilliantly on the piece; the only criticism is that the track ends too soon and could have quite comfortably been extended by another couple of minutes.

‘Spark from Flint to Clay’ is the first song to feature the vocals of Anna Domino and is the kind of piece that fans of AIR’s ‘Moon Safari’ and ZERO 7 will really get excited by; a Kaoss Pad manipulated 303 makes its first appearance alongside another retro 808-style drum machine and echoed guitars and vibes create a beautiful, drifting and luxuriant soundscape. 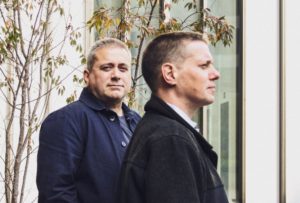 ‘Breathing’ stretches to an epic 7 minutes and is the first track on the album to feature a combination of trademark off-kilter ULTRAMARINE sounds, improvisation and a far jazzier aesthetic.

‘Breathing’ is not a foreground piece, but it would provide a superb ambient accompaniment to drift along to with Ballamy’s sax providing the main musical content.

‘Arithmetic’ ups the tempo and could quite easily have appeared on ‘Every Man & Woman is a Star’; live percussion, electric piano and another 7 minute running time allows it to ebb and flow with a combo of electronics and live elements drifting in and out. Again, Anna Domino provides the main vocal hook for a song that wonderfully conjures images of far-off beaches and tropical climates.

‘If Not Now When?’ indirectly take its cues from JON & VANGELIS’ ‘State of Independence’ with a modulated Yamaha CS80-style bassline whilst ‘Equatorial Calms’ (could there be a more ULTRAMARINE song title?) evokes some distant arid and dusty landscape with heart-rate slowing sounds and cross delayed drum sounds. The album closer and title track finishes with another Anna Domino vocalled-piece; combining found sound ambience and a heartbeat pulse. 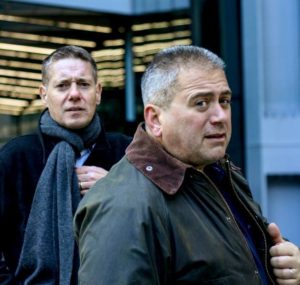 The fact that only a third of ‘Signals into Space’ feature vocals means that the album works best as “put on, zone out” work and it accomplishes that exceedingly well; once you become locked into it, it does a superb job of transporting the listener to a variety of sonic-inspired landscapes.

For those that have previously delved into the world of ULTRAMARINE, there are no radical departures, reinventions or surprises here; over 30 years Hammond and Cooper have carefully cultivated their own sound that combines their source material beautifully.

For this reason there appears no motive to deviate too far from a tried tested template and fans of the duo will welcome ‘Signals into Space’ with open arms.