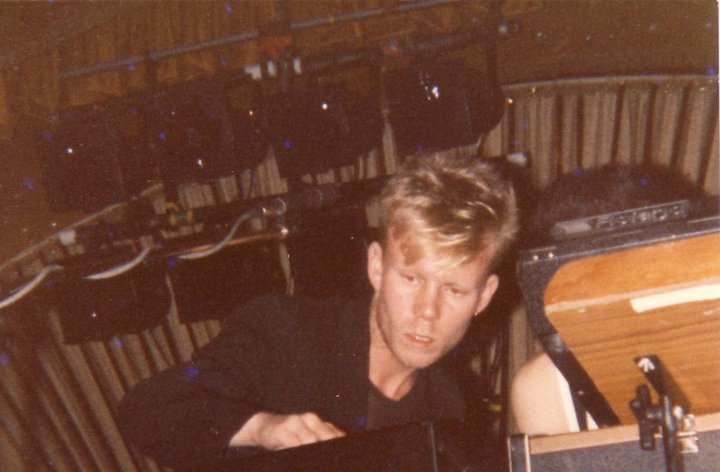 Following the completion of DEPECHE MODE’s debut album ‘Speak & Spell’ in Autumn 1981, founder member and chief songwriter Vince Clarke made the shock announcement that he wanted to leave the band.

Feeling stifled by the pop promotional machine that the band had got themselves embroiled in following the success of the hit singles ‘New Life’ and ‘Just Can’t Get Enough’, Clarke had particularly disliked touring and wanted to concentrate on songwriting.

In 2012, Deb Danahay, co-founder of the DEPECHE MODE Information Service told ELECTRICITYCLUB.CO.UK: “I wasn’t surprised when he left, but not because of anything anyone did. It was just Vince, he didn’t like being tied down, or he didn’t then…”

Clarke’s first project on departing DEPECHE MODE was YAZOO with blues singer Alison Moyet.  Their first album ‘Upstairs at Eric’s’ was another big success, yielding the hits ‘Only You’ and ‘Don’t Go’. With this inevitably came a UK concert tour in Autumn of 1982. Despite his previous dislike of touring, Clarke had conceived a unique audio / visual presentation to make him more comfortable with live shows.

In her role of running the YAZOO Information Service, Deb Danahay interviewed Vince Clarke for the regular newsletter after the tour about the synths and equipment he used. She has kindly given her permission for ELECTRICITYCLUB.CO.UK to republish this fascinating time capsule in the career of one of the UK’s best songwriters… 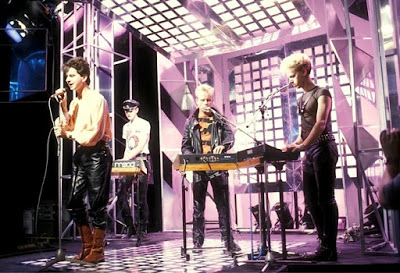 What was the first synthesizer you ever brought?

The first synth I ever brought was the Kawai 100F.

What other synths have you got now?

What other equipment do you own?

What is your favourite synth and why?

My favourite synth is the Fairlight, because I don’t have to tune it! 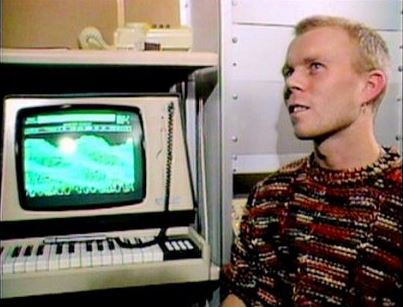 What is so special about Fairlight?

The Fairlight is a 16k computer. It consists of a Visual Display Unit (VDU), a five octave keyboard, a typewriter keypad and two floppy disc drives that are housed in the main computer. One of the most powerful features of the Fairlight is its ability to copy or emulate any natural or synthesized sound via a microphone or line input. It is possible by use of the light pen and VDU, to physically draw sounds which are completely new and original which have never existed in the world before!

It has eight independent voices and an eight channel digital sequencer and all the voices and sequences can be sorted on a floppy disc. The parameters and harmonics of each sound can be also be altered and memorised onto the discs.

What synth / drum machine do you recommend for the first time buyer?

A ‘good value of money’ synth is the Wasp. It has two oscillators, touch sensitive keyboard and will produce a variety of interesting sounds and effects. It can also be used with the Spider analogue sequencer.

An inexpensive drum machine is the Roland Doctor Rhythm. It has a reasonable basic sound, is programmable and will store a number of fairy complex drum patterns. Both the Wasp and the Dr Rhythm run off mains or battery.

Casio offer an inexpensive range of keyboard instruments which contain a variety of reasonable pre-set sounds. 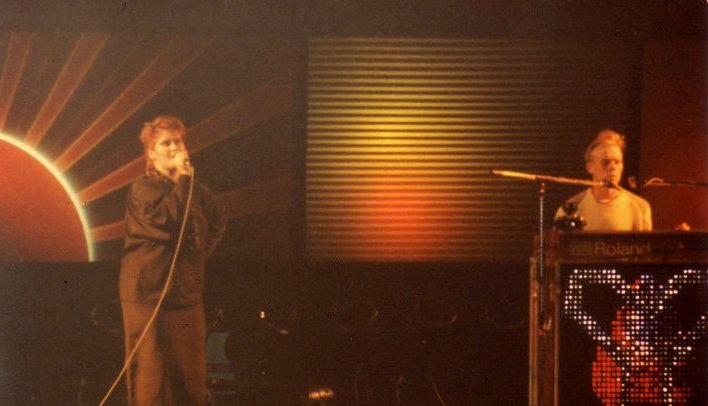 What other synths / drum machines do you recommend?

I personally favour the Pro-One. It is a monophonic synth with two oscillators and noise generator. It has built in forty note sequencer and a versatile arpeggiator. It contains ‘square wave’, ‘saw tooth’ and ‘ramp wave’ forms which when used with the filter section produce a clean, powerful sound.

A more expensive synth is the PPG Wave 2.2 costing around £3500. It has hundreds of wave forms to choose from, very sophisticated control parameters, a splitable keyboard and a vast, up-to-date able memory bank. The sound is also crystal clear and it can even produce simulated vocal effects.

For some of the percussion effects on ‘Upstairs at Eric’s’, I used the Roland TR808 drum machine. It is completely programmable and contains sixteen different sounds, each with individual outputs. One of the best drum machines available is the Linn Drum Computer. Each sound is actually a real drum sound digitally encoded into the Linn computer memory. It will hold the drum patterns for forty-nine songs and all this information can be stored on the cassette for future reference. It is probably the best sounding drum machine that I have ever heard.

How do you approach writing a new song?

I normally work out a basic melody on my guitar. Then I work out the various parts (ie bass and lead) on my synthesizers. I then program the Roland Micro Composer to play the different parts. The MC4 is capable of controlling the ‘gate’, ‘CV’ (control voltage) ie pitch and step times, of four independent synths and can be synced with a drum machine. All the information can be stored onto a cassette and tape for future reference in the recording studio. 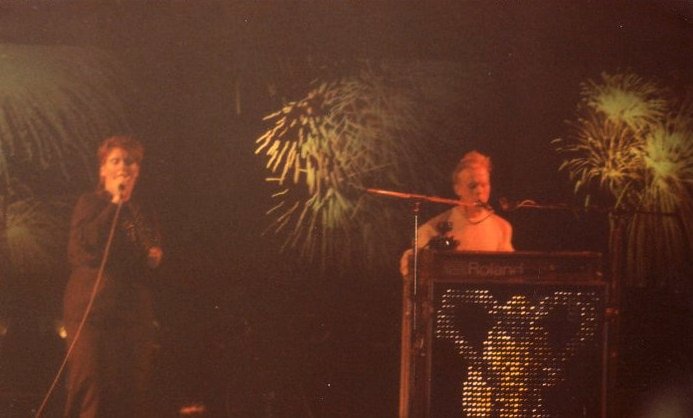 What are the slides, films that you feature at your live concerts?

On stage YAZOO incorporate a slide/film visual display, using seven slide projectors and IBM film projectors. The films and slides are back projected onto five screens (each screen is six feet by four feet) at the back of the stage. Three of the projectors produce most of the animated effects on the centre screen and there are approximately 350 different slides seen in each set.

The screens are used to display various pieces of photography and graphics, which ‘sort of’ relate to the music.

What future plans have you for equipment on stage and in the studio?

Hopefully, I’ll be using the Fairlight far more extensively in the studio. It has limitless capabilities and will probably become the most useful piece of equipment in the recording of the next album.

Regarding stage equipment for the future, we hope to eventually have total of fifteen projectors to enable us to create a different visual effective on each screen. After that – who knows!

Special thanks also to Lily Mann