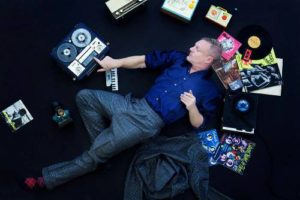 Introducing the third part of Torsten’s highs and lows, the celebrated ERASURE frontman tackles the task described previously as the biggest challenge of his career. ‘Torsten In Queereteria’

Written as a collaboration between Bell, poet / playwright Barney Ashton-Bullock and the musical genius of Christopher Frost, the Torsten productions enjoyed viewings during The Edinburgh Fringe Festival and a four week run at Above The Stag Theatre in London respectively.

ELECTRICITYCLUB.CO.UK had the pleasure to chat to Andy Bell again to discover what the Torsten plays brought into his artistic life…

The first Torsten shows back in 2014 were presented to very limited audiences, with many not knowing it was ERASURE’S Andy Bell, ‘The Beautiful Libertine’, however, picked up a wider crowd?

I think perhaps the word had started to spread that is was something completely different from what people associated me with, it’s quite hard to break away from the pop mould and takes perseverance but once I’d signed up to the project you must see it through Barney and Chris are very talented and Above the Stag have been very generous with their time!

After the first shows, did you have a feeling you did something very right?

I wouldn’t say whether it was right or wrong but I have faith in the songs and the concept. 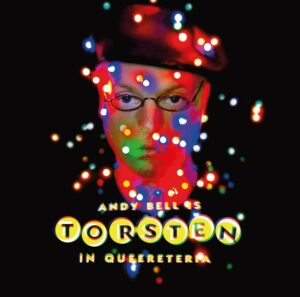 And then came the continuations, with the latest being the third in the series… will this be the last part of Torsten’s story?

I don’t imagine this will be the last we’ve heard of Torsten as long as Barney keeps him alive.

A couple of years ago we spoke about the braveness of the content of Torsten’s songs, and the fact some people were quite uncomfortable with the “close to the bone” references. Do you feel the audiences will have come to accept the highs and lows of Torsten’s by his third outing?

I think the state of the world has become a lot open as if with the internet the genie has been let out of the bottle so to speak so people are less afraid to discuss intimate subjects.

Inevitably many see Torsten in you, and maybe that’s what’s making it harder?

Well, I suppose there is some of him in me but I still wouldn’t like to discover the “fountain of youth”!

What did Vince think of the Torsten plays?

I’m not sure if he’s ever seen the stage version but he describes me as fearless… he doesn’t know how much I quake underneath.

And in the meantime, ERASURE rose to greater heights with the superb ‘World Be Gone’… unusually so, you showcased the album in its entirety alongside some of the top hits during your live performances, a very brave move…

I think we never want to be a cliché and try different things you have to take the long route and go against the grain, it’s harder work sometimes but well worth the effort. 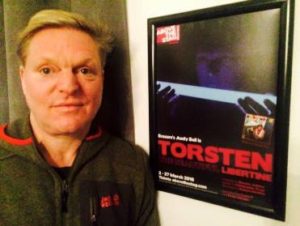 Would you say the world has moved on since the first Torsten and his character would be more understood now, in 2019?

Definitely but probably in either direction its more extreme now.

The latest Torsten is divided into four acts, what was the idea behind this particular approach?

That’s just the running order to make the songs more palatable and understood.

All three productions don’t shy from flowery, at times vulgar and obscene language. Torsten’s story is as real as it gets…

After the first instalment of Torsten, you felt you wouldn’t be able to get on with someone like him in real life. Having now completed the cycle, would you say you know and understand the character deeper?

I think he’s a lot more knowing and considerate than I gave him credit for you’d say that life’s too short but for him it’s the opposite way round. 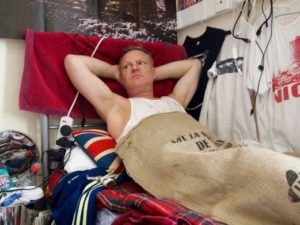 The talents of Andy Bell don’t end there, though. What’s next for you?

As with the previous shows, the soundtrack is being released as an album, will there be a remix version too? As a little birdie tells me you invited Mark and Rob from SHELTER to do a remix of one of the tracks?

I think there will be!

I can’t decide whether to do something more orchestral or Northern Soulish. X

ELECTRICITYCLUB.CO.UK gives its warmest thanks to Andy Bell

is released by Cherry Red as a CD and download on 12th April 2019; pre-order at https://www.cherryred.co.uk/product/andy-bell-torsten-in-queereteria-cd/

Andy Bell stars in “Queereteria TV” at Above The Stag Theatre from 10th April to 28th April 2019, this is a musical comedy set in a post apocalypse Britain where three egotistical misfits attempt to reinstate live TV transmissions from the infamous ‘Queereteria’ cruising club. It also stars Peter Straker alongside the other two members of ‘Andy Bell is Torsten’ collective, Barney Ashton-Bullock and Christopher Frost – tickets available from: http://www.abovethestag.com/vxl/whatson/torsten/