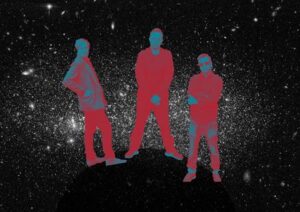 Since talking to ELECTRICITYCLUB.CO.UK back in April 2014, the trio have followed their debut release ‘LA Spark’

, a live show at The Royal Albert Hall and a follow-up album in the shape of ‘White Glue’

With a new single ‘Stupid’ recently unleashed as a trailer for the new long player, Mal, Benge and Phil kindly spoke about developments within the band and the forthcoming collaboration with US singer / songwriter JOHN GRANT.

‘White Glue’ is an intriguing title, is there a specific meaning behind it?

Mal: Well, I think I’ll let Phil go into the detail as it came from his idea, which was based on the exoticness of the Spanish translation of “White Glue”. Unfortunately we’d got that completely wrong, we actually meant the Italian translation “Colla Bianca” which as you can see started to sound a bit like a sh*t cocktail so went with the original, always a good idea, as we loved that anyway!

Phil: ‘White Glue’ is used to repair damaged record sleeves, of which I have many, the bottle I found had the mentioned translations which we played with and then discarded! 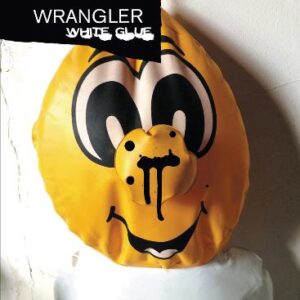 How do you see the new album differing from your debut ‘LA Spark’?

Mal: Well for me it expands on some of the sounds we used to make ‘LA Spark’ so has the connection, but seems to take those rhythms and sounds to another level.

We use and misuse technology, that’s what WRANGLER are about, so each release is another chapter in the story, just as ‘Sparked’ was. Everything should be a progression but also have some relationship, to build on the past.

For me personally there are themes that come out of ‘LA Spark’, which was a rather bleak and cautionary narrative in relation to human impact on the world. In turn ‘White Glue’ is a response to the corruption, exploitation and mindless materialism that engulfs us. It’s hard not to respond to a world that is dominated by elites, plutocracies and chumocracies.

Benge: To me, the difference this time round was we had quite a lot of the tracks written and in a playable state a long time before we finally recorded and mixed them in the studio, and we were playing them in our live set for ages which really helped flesh the music and arrangements out. It’s kind of the first time I’ve worked that way and it really changes the dynamic of a song when you play it and refine it in front of an audience before committing to tape. Having said that, the rest of the album was done in the studio in intense late night modular synth jams that none of us were in control of. That combination of refined arrangements and live studio experiments is where we ended up. 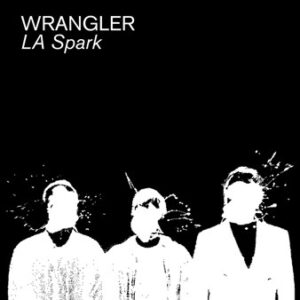 we would generally work on a track until it was done, but with ‘White Glue’ we would start a track and then not work on it for ages, as other ideas/tracks had sprung up that we got diverted by.

But having that space in the working process really worked, as it meant we could live with them ie DJ them out or play them live before committing to the album.

The ‘Sparked’ modular remix album concept was an interesting one. Were you surprised by some of the mixes you were given?

Mal: Well you could say yes, as they were all wonderful in their own way and made the hairs on the back of my neck stand up. so surprised that way. But in another way, not surprised at all as we had such respect and admiration for those artists. We directly approached them to work with us and I’m eternally grateful for them agreeing and contributing… everyone’s a Maserati, as the old saying goes (including the one we did). 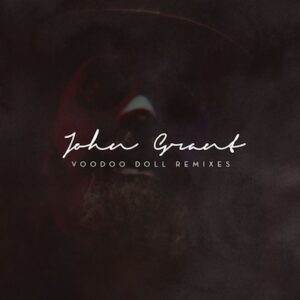 WRANGLER recently played The Royal Albert Hall as support for JOHN GRANT, how did that come about?

Mal: Well we first met John a couple of years ago when we played ‘Sensoria’ with CHRIS & COSEY, and realised what an aficionado he was of electronic music. We stayed in touch and all became good friends; he’d asked us to do a mix of ‘Voodoo Doll’

from his latest album and then the Albert Hall gig came up and we were invited, I guess having seen us play and knowing our music, JG thought it was a good fit. A very generous and clever man.

How did you approach playing such a prestigious venue? Were there any nerves beforehand?

Mal: I don’t really get nervous. I think having played for so many years, you realise if you start to think about all things that can potentially f*** up, you’d be a quivering wreck. So “excited” is a better word and if things really screw up, I’ve been known to tell jokes – the last thing Benge says to me every time I’m about to go onstage is “no jokes!!” so I tend to be pretty minimal now when we play. To be fair it’s not very cool and they’re sh*t jokes so he is right.

Benge: Our thinking was if we can’t have a huge screen behind us on that massive stage then we would go the opposite way and just use 3 small TV monitors, one in front of each of us and go minimal. Actually on the night, JOHN GRANT and his stage team were really generous and gave us the full light show as well, which we didn’t expect as the guest act. That was really cool of them.

Phil: It’s such an awesome space, but everyone involved was so helpful and welcoming that it was very enjoyable. 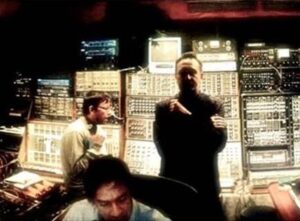 This show has led onto a forthcoming live collaboration with JOHN GRANT at The Barbican celebrating 40 years of the Rough Trade label, what can we expect from that?

Mal: Hopefully it will shift a few perceptions from both sides, but maybe less for us as we’ve all been writing and have quite a few tunes already sketched out. John has been busy touring so we started the process a month or so ago sending roughs over, but I caught up with him and he’s done some really cool sketches and rough mixes – we seem to be on the same flightpath – and we have a week or so together writing in the studio. It should be fun, we can take a break from our other roles and enjoy the process. Am hoping it will blow a few minds!

Benge: I’m really looking forward to spending time in the new studio working on this. It is such an unpredictable situation working with loads of wonky machines and so many wonky minds, anything could happen.

Because of the practicalities of taking the MemeTune studio equipment on the road, how do WRANGLER go about performing their music live?

Mal: Well it’s a bit of a mix and match process, so we capture and loop some of the key parts from the delicate studio gear then take the more robust equipment out with us on tour. It makes it very live and flexible, but we can build in the other parts to maintain the WRANGLER sound.

Phil: It’s a constant balancing act between the practical and the wished for!

The synth world is currently going a mad for synth hardware (modular and otherwise), would you have any advice to give to people wishing to invest in such gear?

Benge: My view is that you should try and create your own unique voice in the world if you are a creative artist. What you use is not as important as how you use it. Having said that, I love the fact that there is now so much more opportunity to use analogue hardware gear than ever before. You don’t need to scour the depths of eBay in remote far away countries to find exotic gear any more. Making music has never been more exciting than now.

ELECTRICITYCLUB.CO.UK was present at the really entertaining lecture ‘Growing Up A Little Bit German’ which you gave as part of the ‘Boing Boom Tschak’ event during the Brighton Fringe Festival. How important still is the musical DNA of KRAFTWERK to the sound of WRANGLER? 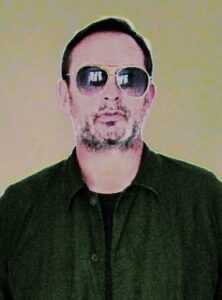 Mal: Oh I think KRAFTWERK remain the benchmark for electronic music and I can’t see that ever changing. Not just the sounds themselve which still cut through for their purity, clarity and richness, but also the process. KRAFTWERK taught us all that less is more. I still listen to the albums and appreciate the sophistication of the mixes – always the correct delay, always the complimentary frequencies, the right timbre, everything in the right place and to the correct degree.

They still work because of the simplicity and symmetry which is the basis of beauty. WRANGLER understand that, although I think sometimes it’s nice to mess it up. If KRAFTWERK are sophisticated beauty, WRANGLER are the rebel twin occasionally getting tarted up for a mucky night out.

What are your future aspirations for WRANGLER?

Mal: To write some great music, maybe try and position what we do in different contexts and allow more people to appreciate it. But really, just to continue enjoying it and ruffling a few feathers on the way.

Benge: We have only ever done our music to please ourselves. We think the perfect sound doesn’t exist yet and if we can keep trying to find that sound we will be doing something incredibly worthwhile.

Phil: More of the same please, but maybe turn the clap up a bit!

ELECTRICITYCLUB.CO.UK gives its grateful thanks to WRANGLER

‘Stupid’ is released as a download single on 9th September 2016

is released by Memetune in CD, vinyl and digital formats on 23rd September 2016