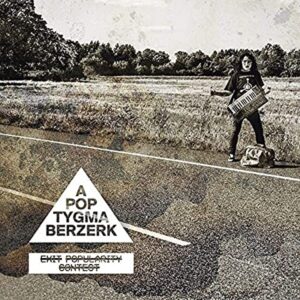 APOPTYGMA BERZERK have long been hailed as the best EBM act since FRONT LINE ASSEMBLY.

The founding member Stephan Groth has experimented with many a metamorphosis.

But it has to be said that the Norwegian wizard is at his best while “emulating the analogue soundscapes of innovators like KRAFTWERK, TANGERINE DREAM, JEAN-MICHEL JARRE, VANGELIS and KLAUS SCHULZE, and the driving motorik Krautrock rhythms of NEU!”.

With his latest opus ‘Exit Popularity Contest’, APOP reinvents its core values, keeping closely with the drive to produce futuristic pop; this is synthwave fed on the essence from the pioneers of electronica, further elevated to the art level of sci-fi soundscapes.

The release is cleverly clad in the backstory of certain TP; an individual under the Reality Displacement Program who has started a new chapter in his life. However, wiping the slate clean from being a successful recording artist to a rural life in a new society to “start over, fit in and become a normal person” is not working out as expected.

The idea of Tabula Rasa has been challenged by the innate inability to be anything else but an artist. The journey has resulted in TP making music from his “deepest wellspring”, challenged by the quest to find “the source”, helped by multiple analogue synthesisers resurrected from the community vault. The outcome becomes known as “conducting voltage to choose sides”, or to the listener, a journey through an unexpected, peculiar and unbelievable mash-up of ideas and sources. 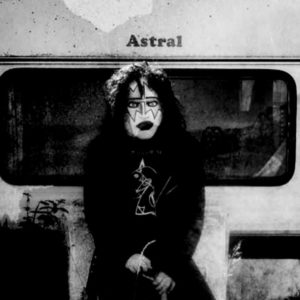 ‘For Now We See Through A Glass, Darkly’ could have taken its simplicity from the works of KRAFTWERK, congealed with JEAN-MICHEL JARRE‘s ideas, a concept that whilst the “doors of perception are ajar: would it not be majestic to force them wide open?”

On ‘The Genesis 6 Experiment’, “the Old Testament’s Rosetta Stone, unlocks understanding of mythology, legends, ancient history and religious belief” – is the chess match between two players going to finally see its resolution in ‘The Cosmic Chess Match’? Can the “Irresistible Force” be stopped?

The symbiosis of synth gentleness and extraordinarily deep train of thought manifests itself in ‘U.T.E.O.T.W’, while ‘Rhein Klang’ acts as an oscillating source of “electronic lifeblood”, VANGELIS style.

The most poignant track on the long player must be the Wilder-esque ‘The Devil Pays With Counterfeit Money’, a political statement urging for standing up to the fraudulent ordinary, for the rejection of common rules and regulations, for the “exit from the popularity contest”.

It is vital to degrade the beast we all feed. Wrapped up in KRAFTWERK sounding elements, the piece is wholesome and urgent; a superb synth work.

‘Exit Popularity Contest’ is what Martin Gore’s ‘MG’ should have been. APOPTYGMA BERZERK excels in instrumentals, achieving the same aims as JEAN-MICHEL JARRE’s productions. For a chameleon act, the Nordic synth king has created a coagulation between the good old synth era and the future of electronic pop.

If you’re expecting ‘Kathy’s Song’, you’ll be disappointed, but after all “…and man created machine, and machine, machine created music, and machine saw everything it had made and said ‘Behold’.”

With thanks to Per Aksel Lundgreen

‘Exit Popularity Contest’ is released by Hard: Drive in CD, double LP and cassette formats only, available from http://www.stormingthebase.com/apoptygma-berzerk-exit-popularity-contest-cd/