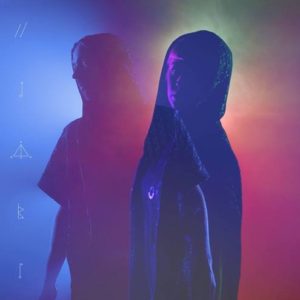 ‘We Are’ is the latest single from London based pairing AVEC SANS.

Remixed from their debut album ‘Heartbreak Hi’ released in 2016, it is beefed up considerably from the original; the self-directed video to ‘We Are’ acts as an excellent visual accompaniment with the duo cast in a series of fast cut strobe-induced settings.

Certainly, it’s been visually in a live setting that AVEC SANS have made the biggest impression, with vocalist Alice Fox’s enigmatic SIA-like presence and Jack St. James’ use of three flashing Novation Launchpads on stage.

Forming in 2012, AVEC SANS quickly garnered the support of the influential web publication Popjustice and secured a support slot with LITTLE BOOTS in 2013 while more recently, they were spotted opening for LADYHAWKE. Their other supporters include RUSTY EGAN and RODNEY CROMWELL.

However, AVEC SANS have polarised electronic music audiences… while some consider them the best new synth act since CHVRCHES, other observers point to their lack of hooks and immediacy compared with their Glaswegian contemporaries.

Whatever, what cannot be doubted about AVEC SANS is the quality of their vocals and production. As they tour North America this spring, their trajectory can only head upwards.

‘We Are’ is released as a limited edition CD single on 3rd April 2017 by Beverly Martel, the debut album ‘Heartbreak Hi’