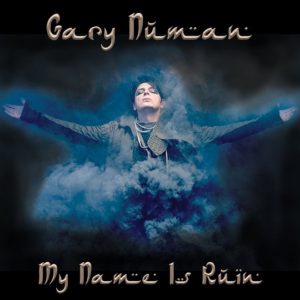 The Android In La La Land is back, back! BACK!

GARY NUMAN may have promised “just more of the same really, if I’m totally honest” with his new album ‘Savage (Songs from a Broken World)’

, but launch single ‘My Name Is Ruin’ is a mighty and brilliant first salvo.

While ‘My Name Is Ruin’ does borrow heavily from ‘Love Hurt Bleed’, one of the highlights from ‘Splinter’, it features several interesting musical directions. Guitars are less obviously prominent and the Middle Eastern flavoured backing is more hauntingly electronic.

Meanwhile the song features vocals from Numan’s daughter Persia which add a distinctly ghostly edge to proceedings. She even makes an appearance in the superbly panoramic post-apocalyptic video filmed in the Californian dessert; it was directed, shot and edited by Chris Corner aka IAMX.

When GARY NUMAN spoke to ELECTRICITYCLUB.CO.UK in early 2016 to launch the Pledge Music campaign for what has now become ‘Savage’, he said: “I want it to be heavy, I want it to be electronic, I want it to be dark and aggressive in places… so that’s just described ‘Splinter’”.

But if Numan’s twentieth album gets the acclaim and reception of its predecessor, it will be another fine achievement to add to the Ivor Novello Award he has already received in 2017

‘Savage (Songs from a Broken World)’

, is released in a variety of formats by BMG on 15th September 2017