May 28, 2021 / electricityclub / Comments Off on GUSGUS Mobile Home 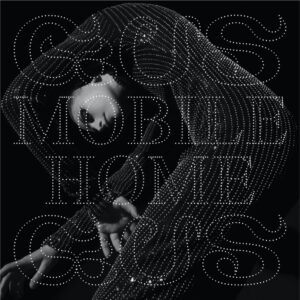 Incredibly, now in their 25th year of existence, Iceland’s GUSGUS are primed to release their 11th studio album ‘Mobile Home’.

Album opener is the aforementioned ‘Stay The Ride’, but presented in a restructured, more instrumental overture-styled format than the original single.

Criminally short at 2 minutes 40 seconds, the track is a beautifully minimalistic / monophonic electronic piece with a Numan-esque synth lead line. There is something about the male / female vocal interplay on ‘Stay the Ride’ which evokes the spirit of BERLIN, and that’s not a bad thing…

The stumbling offbeat synths of ‘Higher’ appear heavily influenced by the Jon Hopkins track ‘Open Eye Signal’, but the addition of Margrét Rán’s vocals and distorted electronic stabs take the song into new territories. The beauty of many of the tracks on ‘Mobile Home’ (including this one) are that they avoid the temptation of over-production and feature a KRAFTWERK-like simplicity with just the bare minimum of parts to make each song function.

‘Simply Tuesday’ ups the tempo and is easily the standout here; an absolutely fantastic combination of electronic components and subtle pianos, its 4/4 kick drives against the arpeggios in the piece and the chorus has a superb vocal interplay between Haraldsson and Rán.

‘Our World’ is a song that has been kicking around in the GUSGUS universe for a few years now having originally debuted in their live set in 2016 in a longer more instrumental format. The album version sees a more concise mix with additional vocals and is slated as the next single release from the album, although this decision seems puzzling when pitted against ‘Simply Tuesday’ which arguably would have made a far more effective single. 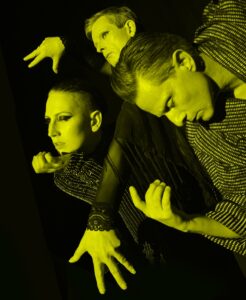 ‘Original Heartbreak’ slows the tempo down midway through the album; it’s pleasant enough and again beautifully produced, but suffers from the verse vocal melody unfortunately sounding a tad too similar to Tina Turner’s ‘What’s Love Got To Do With It?’!

Once the listener gets past that comparison, the track has some evocative Juno-esque echoed polysynths, lead line and a simple 4/4 kick which again showcases a wonderful minimalism that few electronic acts would be brave enough to pare their sound down to.

At the heart of ‘Silence’ is a great song, but maybe a more upbeat production aesthetic would have showcased the track in a better light and help differentiate it from the other down-tempo works on ‘Mobile Home’.

‘The Rink’ follows a similar downtempo path to other tracks on ‘Mobile Home’, whilst album closer ‘Flush’ ups the BPM with an instrumental piece that cycles around its chords for just over four minutes and feels more akin to a film soundtrack piece.

When ‘Mobile Home’ is good, it is VERY good, ‘Simply Tuesday’ is almost worth the admission alone, but it’s a shame that the album doesn’t quite hit that peak elsewhere. At only 9 tracks, this is an easy album to digest, but does leave the listener potentially seeking a couple more upbeat anthemic songs for balance.

Having said that, when compared with other artists that have stuck around for this long, ‘Mobile Home’ will undoubtedly please fans of the act and the return of the male / female vocalist format is one which should excite GUSGUS fans for their future work.

Posted in Reviews Tagged with GusGus