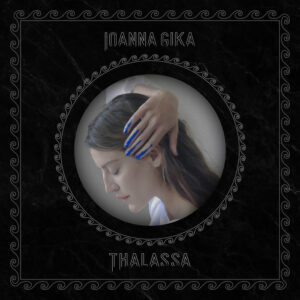 IOANNA GIKA is a Greek American artist who is part of IO ECHO, a band who have opened for NINE INCH NAILS, JON HOPKINS and HAIM amongst others.

She also writes film scores, having been notably shortlisted by the academy for her original song ‘Gone’ from ‘Snow White & The Huntsman’. Citing her Hellenic heritage, Gika releases her debut solo album ‘Thalassa’

, named after the Greek primeval spirit of the sea.

Compared to the likes of WEYES BLOOD, ZOLA JESUS or MYRKUR, Gika showcases her own private take on loss and death experienced in Greece.

“A series of deaths drew me home to Greece. The city of childhood memories was in disrepair.” she recalled, “I drove past painted swastikas towards burial sites. I said goodbyes and grieved for those I didn’t get to say goodbye to. ‘Thalassa’ is about going through change that is unwanted yet unstoppable. It is a document of the dread, the adrenaline, and the surrender in the moments when you realize the only way to survive the wave, is to brace yourself and go through.”

Recorded between Athens and California, the opus features additional production from Leopold Ross and engineering from Hugo Nicholson. Gika opens ‘Thalassa’ with simplistically beautiful melody, which quickly transcends into a feeling of dread in ‘Roseate’, expanding into directions not readily expected.

‘Out Of Focus’ claims more of an immediate perception of motion and necessity. Delicately placed electronic elements meander around the central vocal, creating urgency and confusion, seemingly clear to the artist herself.

The eponymous piece of ‘Thalassa’ marks the feeling of being thrown into the depths of the sea, unaware of the possibility of saving yourself or the ones you lost. The track is wonderfully cinematic and rather ethereal, with haunting vocals and sparse instrumentation.

The urgency returns with ‘The Messenger’, which is running towards an unknown goal, punctuated with operatic vocals and perpetual beat of misshapen bass.

Graceful and poised on the surface, but frantic underneath the water, ‘Swan’ is a melodically beautiful ballad, calming like a stroke of Mother’s hand, gentle and nurturing. ‘Weathervane’ lays Gika’s vocals bare, mourning and lamenting those long gone, melancholically drawing in deeper and deeper. 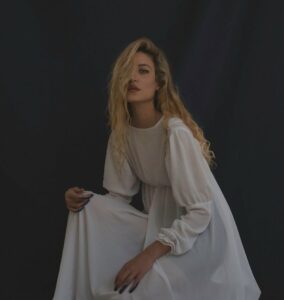 The sea’s ‘New Geometry’ doesn’t add up, not wanting to let up. California meets the Ionian Coast in a rapid rhythm, building up to the long sought answers, but is she finally fulfilled? Supposedly not, ‘No Matter What’. A more tribal feel of Wiccan origins, swirling in the abyss of unanswered pleas and desperately trying to get to the surface; or is it just a never ending ‘Spiral’?

Finally Gika finds herself ‘Drifting’, but she’s “too far from the shore”. Magnificently performed with a stunning clear vocal, the song aims to warn and set on the right path, hoping it’s not too late.

‘Thalassa’ may be a debut, but it is a debut from an artist who knows exactly which direction to take to wow the listeners. Not as heavy as ZOLA JESUS can be, but equally emotive and potent, Gika proves that her voice and artistry can produce a stunning record, which will transcend time and calm the senses, no matter what themes it is based on.

is released by Sargent House, available in CD, vinyl LP and digital formats