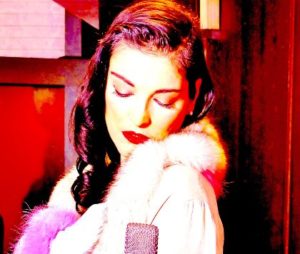 Although the “1930s meets the future” sound of German chanteuse KATJA VON KASSEL was first introduced via ELECTRICITYCLUB.CO.UK in 2010, it has only been recently that her music has become available.

She was featured with the song ‘Lies’, a marvellous synth friendly number with a strong traditional European flavour, laced with accordions and set to a tango template in the manner of GRACE JONES’ ‘I’ve Seen That Face Before’. So what happened?

Her Electro Weimar Cabaret began to make waves in the independent music scene and she was invited to support ERASURE on their German dates in 2011. As a result, she was signed by a major label. However, as personnel changed around her, there was confusion within the label as to whether to promote her as an electro or chanson artist… sadly, the all too familiar spectre of record company politics prevented any releases.

Fast forward to 2016, and conventional record labels are no longer the necessity they once were, with platforms such as Spotify and Bandcamp allowing musicians to have more of a say in the artistic presentation of their work.

So the sultry presence of KATJA VON KASSEL is back with a monochromatic video to accompany the formal download release of ‘Lili Marlene’. Singing in both English and German in an alluring Marlene Dietrich tone, the song is a collaboration with Alex Gray, the songwriter / producer who co-wrote ‘My Delirium’ and ‘Dusk ‘Til Dawn’ with LADYHAWKE. It’s a very unique style of electronic pop that possesses a timeless yet technostalgic quality.

KATJA VON KASSEL has been making up for lost time with the purer pulsating electro of ‘In Little Rooms (Show Me Love)’ and the sparse ballad ‘Raindrops’ having both been issued earlier in the year. More songs are set to be unleashed in the next few months, with the cabaret schaffel of ‘Goodbye Was Never Said’ next in line. 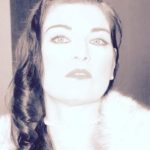 ‘Lili Marlene’ is available as a download single from
https://katjavonkassel.bandcamp.com/track/lili-marlene