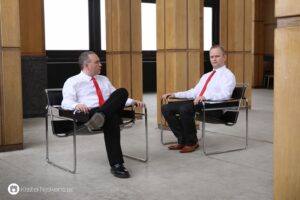 Belgium’s favourite passengers METROLAND marked their fifth anniversary in 2017 with ‘12×12’, a lavish 4CD boxed set celebrating their career to date, with each disc following a distinct curative path.

, a conceptual celebration of the London Underground.

Indeed, it impressed so much that unscrupulous Russians bootleggers attempted to pass off several tracks as new KRAFTWERK demos on eBay! This undoubtedly was a back-handed compliment, especially as METROLAND had fans who included Andy McCluskey and Rusty Egan. This led to remix commissions from both Synth Britannia pioneers.

and ‘Things Will Never Sound The Same Again’

to their catalogue, while a fourth is currently being recorded.

METROLAND kindly took time out from their studio for a chat about their new single ‘Man In A Frame’ and what they have planned for their first ever performance in the UK.

How do you think the ’12×12’ retrospective collection box has been received?

really is, was well thought over. We wanted to give something rare and new to the fans who have been following us since long, but also wanted to give a complete view of our trajectory so far for new fans. All in all, we did well and the reviews that we found online confirmed that.

METROLAND are prolific and amongst all the hits were the great B-sides and bonus tracks like ‘(We Need) Machines Without Romance’, ‘The Hindenburg Landing’ and ‘See You’, what do you get out of constructing these extras? 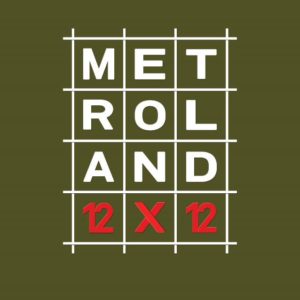 We are both musicians that were mainly inspired during the 80s, where a 7” single (on vinyl) would always contain an extra track, a so-called B-side.

For us, any single that we release, downloadable or not, has to have this B-side which gives us an opportunity to experiment with other structures or sounds or use songs we believe are just not strong enough to appear on a full length. Knowing that we always work in concepts, it is also logical to us that both songs are entwined within the concept we’re working on. It is as logical as saying 1 + 1 equals 2.

One track that was missing from the collection was your brilliant “has to be heard to be believed” cover of ‘Close To Me’ originally recorded by THE CURE?

Thanks for the compliment. ‘Close To Me’ was fun or even a challenge to make it like we did, by not singing anything ourselves, but only using sampled voices to complete the lyrics. It was a completely unexpected appearance where we opted to make it a METROLAND interpretation rather than a cover version.

compilation, but our label wanted to keep this cover version exclusively for THE CURE ‘A Strange Play’ tribute CD that they released. We toyed with the idea for a while to make a new version, but that idea was discarded as we had plenty of other goodies to choose from.

Obviously, METROLAND’s output forms distinct concepts within each of their parent albums, but which five individual tracks would you recommend to people listening to METROLAND for the first time and why?

First of all, ‘The Passenger’

as the electronics used there, and the message within, sets the core idea of METROLAND: electronics with no boundaries and we are all Passengers (notice the capital letter).

, our most epic, yet minimal track, up to date. It is clearly our ‘T.E.E’, but it also marks the moment where influences from Düsseldorf started to wither. 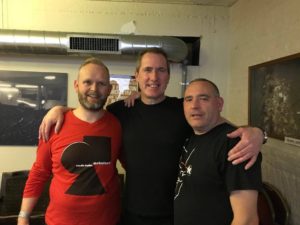 Thirdly, though not a single, would be ‘3 Directors’ from the ‘Triadic Ballet’

album. It gives clear insight in our musical vision to use both melodies and obvious more aggressive bass lines. It’s also a bliss to play on stage.

Fourthly, the album title track of ‘Things Will Never Sound The Same Again’

, as our music can go from happy to darker moody tracks, and this song is the far end of unhappy.

, as despite being an atypical song, it shows that METROLAND now and then dares to touch and explore unfamiliar grounds.

Which of the METROLAND long players do you still get a lot of satisfaction from?

Passenger A likes ‘Triadic Ballet’, as it’s still the album that has the most punch and pure electronics.

Passenger S still fancies all we did and cannot pick out one release he is particularly fond of. After each release you want to do better than the previous ones. That is the satisfaction we get.

‘Man In A Frame’ is the new single from METROLAND, what is at the centre of its genesis?

The title of the new single was actually the starting trigger about 2 years ago, but due to the album ‘Things Will Never Sound The Same Again’

that we created to commemorate Louis Zachert, our close friend and sound engineer that died too soon, and the fact that we existed 5 years in 2017 and made ‘12×12’, including a new track and video clip, the complete single and album was shifted severely.

The main idea in short, is that as an unknown person, a spot that can be ignored, you can be part of a photograph without knowing or without consent on so many locations and occasions. You are solely “a man in a frame” that travels the world without knowing where you end up. That sole moment, that sole focus, that static view. We built upon that idea to make the new album, to be released later in 2018. 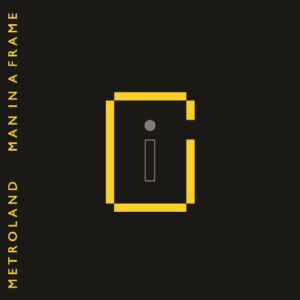 What direction is the new METROLAND album heading in, is there anything you can reveal?

So our fourth album is called ‘Men In A Frame’… please notice the subtle change in the title of the ‘Man In A Frame’ single, so watch your writing.

The concept for the ‘Men In A Frame’ album is all about photography. The trigger was easy: a person never has a clue on how many occasions he ends up in a picture taken by someone else, getting framed (in the background by accidentally passing or being present) and ready to travel the world.

You should go and stand in your neighbourhood close to a monument and see for yourself how many times tourists take you home in that frame, thus the name of the album.

But the album is of course not just holding plain tourist pictures, like you might expect. For ‘Men In A Frame’, we co-operated with F-8, an art and photography collective of 5 professional photographers. They each provided us with 2 unique, arty pictures, gave each an apt title which we then used as inspirational trigger for our electronics. With some it was the picture itself, some the title or even sometimes it was the sentiment or interpretation of the artifact itself.

The result is an album with 10 tracks, that are, and to put it in the words of our label boss “epic and filmic”. As we were dealing with photography, we decided to extend the concept and asked each F-8 member to make promotional pictures of us, humble passengers, so we ended up being models in 5 totally different settings with a superb visual result.

During the creative process, we concluded that in fact we would be delivering 10 pictures that you can listen to. This triggered us to organize a vernissage with 2 goals: 1 is to bring the new album into the picture (pun intended), the other is to present all 10 album pictures in a highly qualitative medium, hanging on a wall, where the audience can use their smartphone to access the corresponding song that they can listen to with headphones. 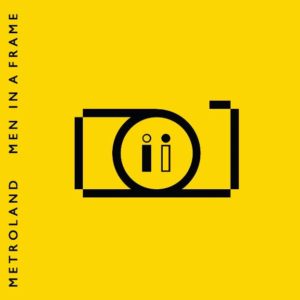 So we will have an audience of listening viewers, which is unique, we think. This exposition will be called ‘Pictures To Listen To’. At his moment, we have already 1 expo like this planned, but we are conducting discussions with art exhibitionists to take this event to other big cities. That is on the art part.

Musically, we decided not to use any album track as a single, as it simply would not fit the concept of a song linked to a photograph anymore. Hence, we opted for a first single, called ‘Man In A Frame’, which was initially the first trigger for this concept altogether.

2017 has been a big year for electronic albums, so what are your thoughts on the year’s offerings by DEPECHE MODE, ERASURE, GOLDFRAPP, LCD SOUNDSYSTEM, OMD, GARY NUMAN and BLANCMANGE?

For Passenger A, that is a difficult and very personal question, to be honest, as it comes down to personal taste. Only OMD was convincing enough with some very good tracks, although ‘English Electric’ was more impacting. ERASURE and GOLDFRAPP was not the first disappointment. LCD SOUNDSYSTEM and GARY NUMAN were never on the radar at all, and BLANCMANGE needs a first listen.

For Passenger S, it is a personal matter of taste indeed, because he feels as an artist himself, he is not to judge albums in interviews. Every release by a band has got a certain place and meaning in their history and it needs to be respected for that. There will always be people / fans that like or dislike a release.

ELECTRICITYCLUB.CO.UK gives its warmest thanks to METROLAND

‘Man In A Frame’ is released by Alfa Matrix on 2nd February 2018, download bundles including the B-side ’F-8’ plus remixes by THE FRIXION and MASCHINE BRENNT available from https://alfamatrix.bandcamp.com/