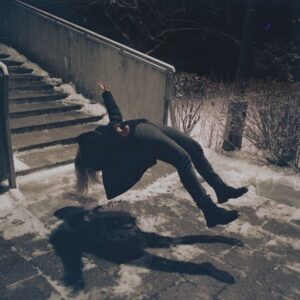 The concept of “Teraz Polska” (Poland Now) has been popularised in the Slavic land on both sides of the Vistula River for years.

But could it be that it truly is the time for the Poles to conquer the world of electronica?

Polska has found her own GAZELLE TWIN: enter Natalia Zamilska from the famously darkest part of the country, Silesia. Covered in carbon soot, raising deep from the centre of the Earth, she hits hard with her third album ‘Uncovered’.

The first parts of the undertaking, ‘Untune’ and ‘Undone’ were the formation of the now established artist and ‘Uncovered’ ushers in the new concepts of unearthing deeply hidden sounds, raising rather than falling and defying gravity. Zamilska draws parallels between life in the mining capital of Poland, with the constant noise, trembles and shakes, the true “attacks against the Earth” and creating meaningful music to excavate the electronic beauty for surface delivery.

Katowice may not be the most romantic place on the planet, but it’s certainly a superb backdrop against the industrial sounds which the producer, radio DJ and now vocalist likes to explore.

Zamilska is doing well in Poland with her own radio show, regular gigs and her work has been used by Dior for the catwalk in Japan. She has also remixed GAZELLE TWIN, collaborated with Szczecin Philharmonic Orchestra and received a nomination for a Fryderyk, the Polish equivalent of a Grammy (named after Chopin of course).

‘Uncovered’ can be best described as artful and thought through. Nothing is random here, from the opening ‘Message’ with whipped cymbals, distorted radio and heavy bells to the closing ‘Done’, the shape bending scenarios are being played over and over again.

‘Hospital’ is a mirror image of GAZELLE TWIN’s works on ‘Unflesh’ with words thrown in for good measure, while ‘Hollow’, featuring the voice of Polish actress Justyna Wasilewska, repeats its rhythm as if through smoke. The mantric sound asks “what should I tell you” in various voices and time shifts.

There’s a feeling of dread and images of levitation come to mind. The idea of floating and bending into shapes that are unnatural prevails on this record, being visually presented on the artwork where Zamilska is seen in unworldly positions, as if undergoing an exorcism.

‘Still’ meanders between the two with the sinister voice of a fever induced coma, gathering the strength to enter into ‘Gape’. ‘Alive’ is a synth play, strangely musical and super enticing with unusual punctuations; is Zamilska giving her fellow Polish megastar Nosowska a run for her money here? Run Kaśka, run…

Perhaps it’s just a ‘Delusion’, or maybe a mere religious ritual as empty as the Church’s promises. “Wonderful ‘Prisoner’, wonderful” brings the notion of Earth trembling, being forced to part with its precious resources she had been guarding for centuries. Or are we all ‘Blind’ to the obvious? 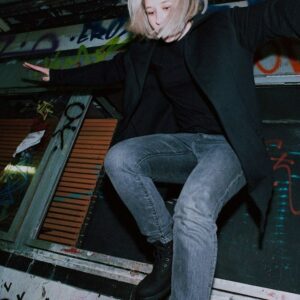 ‘Back’ and ‘Front’ are both cinematic and epiphany bringing, and in Zamilska’s case it’s simple: “I think I only have one dream, to continue to do what I do, to make music. I finished one stage and have started the next – it’s a strange time full of thinking. There is something around the corner, and I just need to be calm. I’m always saying that to myself: calm down Zamilska, calm down.”

Feeling that the instrumentation wasn’t quite enough to convey all she wanted, the Silesian magician introduced vocals to level “the play between the rising up, letting go and being vulnerable, while still being deeply anchored”.

If this is the level of Polish alternative electronica, then the rest of Europe should be afraid, or perhaps Zamilska is merely proving that the Polish are “narodem wybranym…”

is available now as a download direct from https://zamilskaofficial.bandcamp.com/ – vinyl LP and CD released on 19th July 2019