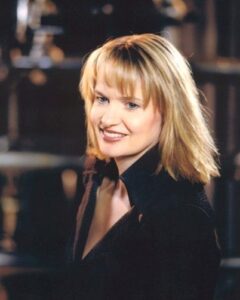 Part of Southbank Centre’s ‘The Rest Is Noise’ festival and entitled ‘19 eighties: the rhythm of a decade’, the performance sees classical meet synthpop.

Aiming to reimagine the sounds that were of the product of Fairlight and her sisters back in the day; the concert will see THE ART OF NOISE’s 1983 debut 1983 EP ‘Into Battle’ stripped bare of its sampled elements and shaped into a non-electronic orchestral suite.

THE ART OF NOISE of course were the first signing to ZTT so complete the connection with the label and its 30th anniversary, Andrew Poppy will also perform his ‘32 Frames for Orchestra’ with the orchestra. Meanwhile the label’s strategist Paul Morley will present his own musings on Britain during the Thatcher era in “the decade you either love, or love to hate” as he narrates a brand new documentary over a soundtrack composed by Anne Dudley.

Prior to the concert, there will also be a free pre-concert talk called ‘The Electronic Music Decade’ presented by Martyn Ware. Leading a lively and engaging discussion about the use and development of electronic synthesisers, he will also demonstrate two monophonic synthesisers he owned, the Korg 700s and Roland System 100 which were used on THE HUMAN LEAGUE’s early albums ‘Reproduction’ and ‘Travelogue’ . He will be joined by one of the earliest members of the original BBC Radiophonic Workshop, Peter Howell.

Anne Dudley kindly spoke to ELECTRICITYCLUB.CO.UK about the ‘19 eighties: the rhythm of a decade’ concert and her work with several of the key acts from the post-Synth Britannia era… 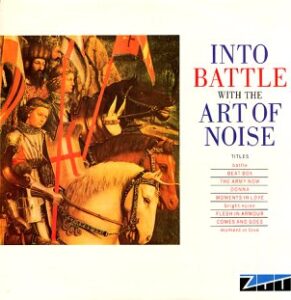 How did the idea for scoring ‘Into Battle’ for an orchestra come about?

The idea came from Paul Morley. I loved it!

You’re well known for your orchestrations on programmed pop music but what particular challenges did you find in arranging ‘Moments In Love’ and ‘Beat Box’ in a non-electronic fashion?

Some of the sounds are very characteristic – the sampled “aahs” on ‘Moments in Love’ for example. They are very difficult to reproduce so I had to come up with alternative solutions.

Are you using a choir for the vocal samples?

No. I should point out that this is not a literal transcription of ‘Into Battle’. I had to decide on and select the sections which I thought would work best with the orchestra and edit together a new structure.

Does the fact that the original parts are actually samples make it more straightforward in a way to replicate these dynamics with an orchestra?

No, not really! But one of the things an orchestra is very good at is sudden changes of dynamic – extremely loud to barely audible in a beat.

The percussive timbres of ‘Beat Box’ are very distinct. How do you think the musicians will respond to playing in such an urban fashion or will it be second nature?

“An urban fashion”? Who knows – we haven’t rehearsed yet! 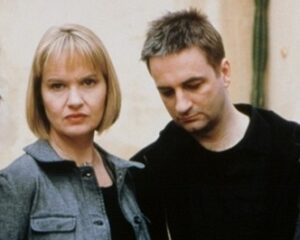 For the documentary soundtrack, what was your creative dynamic with Paul Morley to shape the pieces?

Paul has written the narrative and I have constructed the music – starting with riffs and rhythms of the eighties.

Both… Paul speaks of various characters, events and features of the eighties and I have accompanied him with music that is sometimes deliberately at odds with his narration and sometimes relevant. There is also some original music which is more illustrative of certain of these themes.

You worked with many acts from that time such as ABC, A-HA, SPANDAU BALLET, FRANKIE GOES TO HOLLYWOOD, MARC ALMOND and PET SHOP BOYS and WHAM! among many. What are your particular favourite songs that you worked on from that era?

In researching this piece with Paul, I have listened to lots of the music of the period and what has struck me is its startling innovative nature. There is a constant striving for new sounds, astonishing electronics, drum sounds that knock you backwards. Pop music has never been so good. It would be impossible to pick a favourite track.

ELECTRONIC’s ‘Getting Away With It’ has a beautiful end section where the music fades away and leaves the orchestra to drift into this lovely movement. Other than the orchestral arrangement, how involved do you get with regards the final mix and editing?

Not at all usually. People do surprising things with string arrangements, not all of which I would agree with! 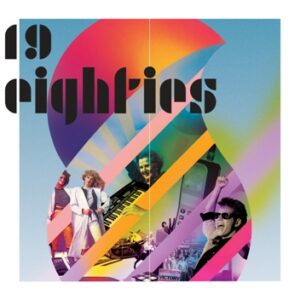 Although you are primarily known for orchestral arrangements, you worked with a lot of synthesizers too. Did you have any favourite synths, particularly with regards their usability?

The Minimoog is the guvnor.

Is there any electronic based song which you didn’t work on that you would like to arrange for orchestra?

Can’t think of anything offhand…

Are there any further plans to give a live airing to more of your work with THE ART OF NOISE?

Not at the moment.

ELECTRICITYCLUB.CO.UK gives its warmest thanks to ANNE DUDLEY

Special thanks to Victoria Taylor from the BBC Concert Orchestra

The Rest Is Noise – 19 eighties: the rhythm of a decade concert takes place on Saturday 30th November 2013 in London’s South Bank Centre at 7.30pm

The concert will be broadcast live on BBC Radio 3 and available to listen again for seven days after broadcast at http://www.bbc.co.uk/radio3