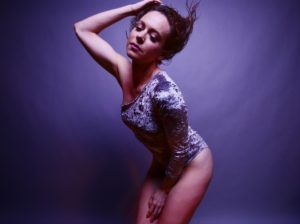 With her ‘Mothership’ opus about to land soon, Lake Placid’s I AM SNOW ANGEL has presented a new in-studio performance video of her current single ‘Honeybee’.

The vehicle of songstress and producer Julie Kathryn, her wonderful debut long player ‘Crocodile’ was a quietly subversive statement that crossed modern electronica with some Americana twang and even closed with a wispy drum ‘n’ bass cover of Bruce Springsteen’s ‘I’m On Fire’.

Recorded appropriately enough in a cabin located in the wintery Adirondack Woods which are north of New York, ‘Honeybee’

has been presented in two versions, depicting according to Kathryn: “two iterations of a dark and bittersweet metaphorical world where alienation is omnipresent, and love and salvation are ephemeral (never truly unattainable no matter how much I long for them).”

“In the City Mix” she said, “I overlayed trap beats with glitchy and robotic vocals to help bring the song’s melody to life while also depicting the inevitable merging of technology and nature.”

However, the more sedate and barer Cabin Mix recalls haunting air of Hilary Woods who released her debut solo album ‘Colt’ on Sacred Bones earlier this year; “I employed onamonapia by using sounds that, to me, are reminiscent of the buzzing and gurgling of a honeybee and it’s honeycomb lair, but with a dark edge.” 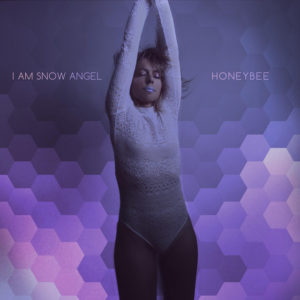 ‘Honeybee’ is the follow-up to the chillingly bittersweet ‘You Were Mine’ and the long awaited parent long player ‘Mothership’ is now slated for 25th January 2019. As well as finishing the I AM SNOW ANGEL album, Kathryn has also undertaken some sound design with her own Dream Pack for Splice as well as engineering and producing ‘No Sound’, the new single by Canadian singer / songwriter Grace Lachance.

But despite the workload, Kathryn simply says: “I’m so grateful that I get to make music all day every day ✨? “

available as a download via the usual digital outlets

The album ‘Mothership’ is released on 25th January 2019