February 28, 2012 / electricityclub / Comments Off on JOHN FOXX & THE MATHS The Shape Of Things 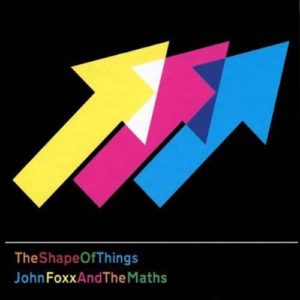 JOHN FOXX & THE MATHS release a 16 track single CD version of The Shape Of Things which was first available as a 2CD deluxe set on their most recent UK tour.

The collection features starker, reflective material that didn’t fit into the overall pop concept of ‘Interplay’ recorded by Mr Foxx and his erstwhile partner-in-crime Ben Edwards aka Benge. Lyrically, the subject matter centres around feelings of loss over opportunities and lovers missed. Artistically interluded by several instrumental collages with titles such as ‘Modreno’, ‘Psytron’, ‘Astoria’ and ‘Buddwing’, the album is cinematic but in an understated way.

The lovely ‘September Town’, originally the B-side of the first JOHN FOXX & THE MATHS single ‘Destination’, sees the sequences and string machines making their mark despite the more stripped down feel. Benge’s intricate craft of working with the limitations of his vintage electronics shines through. 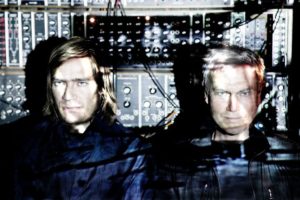 ‘Falling Away’ is the big surprise featuring a distorted burst of guitar alongside the sparse rhythm machine accompaniment. ‘Unrecognised’ is perhaps one of the most immediate of the tracks with its pulsing hypnotics sweetened by some emotive synth and piano touches. With more abstract leanings, ‘Invisible Ray’ dovetails treated vocal washes and ambient sweeps while ‘Vapour Trails’ is lively, all subtle claptraps and Compurhythm building.

Fantastically motorik, ‘Tides’ is like an electronic NEU! while the main act closer ‘The Shadow Of His Former Self’ rolls with 6/8 rhythms punctuating the magical overtones of vibrato like a more dystopian take on DEPECHE MODE.

As a final treat, the final bonus track ‘Where You End & I Begin’ featuring kooky Moogstress TARA BUSCH captures the influence of GAZELLE TWIN’s ‘The Entire City’, Foxx’s own favourite album of 2011. Making her presence felt, Busch takes on more witchy tones rather than the Patti Page in space persona of her more recent ‘Rocket Wife’ as it leans to more sinister rumblings.

‘The Shape Of Things’ is very much a grower of an album; much more personal than any of JOHN FOXX’s previous work, it gets progressively satisfying with further, conscientious listens. For many of his followers, this could even turn out to become one of their favourite albums…

JOHN FOXX & THE MATHS ‘The Shape Of Things’ is released as a single CD by Metamatic Records on 19th March 2012.