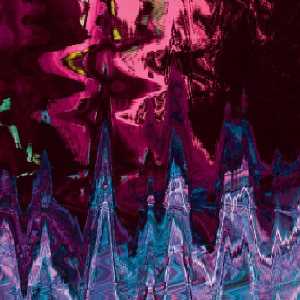 If the Swedish carry on like they are, producing countless amounts of adept electronic bands, they may take Germany’s crown away in that very field.

Sweden, holding a respectable amount of synth festivals and abundantly promoting the scene, is constantly providing old and new fans of electronica with a great dose of synthy pleasures, KITE have been a perfect example of that since 2008.

One could write poems about Stenemo’s distinctive voice; it is remarkably rare, unprecedented and phenomenal, making the band recognisable from far and wide. The vocals, however, aren’t the only exceptional marker of KITE. Their work has been considered equal to the likes of legendary KRAFTWERK, OMD, ERASURE and VANGELIS while their live shows have been loaded with energy, exceptional intensity and zest. ‘VI’

differs from the previous releases on an aesthetic level, being considerably darker and more melancholic; it is deeper somehow.

‘Up For Life’ stands as a perfect opener for the musical journey the listener embarks upon. An impressively striking synth sequence canvasses the majestic vocal. It leads in some DEPECHE MODE-styled elements that blossom into a completely different, filmic tune that is sci-fi inspired and yet totally suiting the tone.

It perfectly resembles numbers from self-titled album by ERASURE, where songs like ‘Rock Me Gently’ drift off towards an unknown direction, but which oddly fit within the concept. ‘It’s Ours’ with its sumptuous drum patterns, pleasantly mirrors the likes of Howard Jones, while ‘Count The Days’is programmed in an exemplary manner. Metallic sounds are abundant throughout, adding texture to this sterling production.

When ‘True Colours’ enters, it is rich in atmospheric and cinematic elements. It bears strong elements of the best years of synthpop revival, packaged into a significantly modern and the gift of a fresh approach. ‘Nocturne’ closes the offering, with its vocoder enhanced vocals, at times resembling EIFFEL 65 but with a depth and proficiency of a weathered synth producer, however. 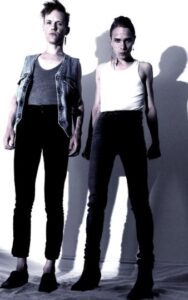 The ballad rotates into a sci-fi continuum, which would suitably make a soundtrack to a “we landed on Neptune” kind of movie, with strong ERASURE-esque elements that Vince Clarke wouldn’t be ashamed of.

After the five songs, one cannot help but feel that more is wanted, needed and urgently required. The type of impression is only achieved by fully developed, competent and experienced productions.

KITE prove once more that they’re much more than your standard, run of the mill, happy-go-lucky synth band, by delivering a gem of many meanings, loaded with sublime textures and profound characteristics, begging for continuation in the form of ‘VII’…

Hopefully that will happen soon.

Posted in Reviews Tagged with ErasureKiteVangelis