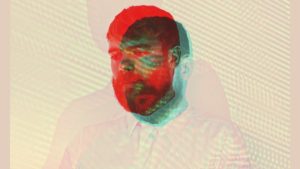 MAN WITHOUT COUNTRY is the musical moniker of Welsh musician, vocalist and producer Ryan A James.

James describes the new work as “an anxiety-fuelled indulgence in retrospection” and kindly spoke about its gestation, collaborating with RÖYKSOPP and the importance of crowdfunding.

Your stage moniker was inspired by not fitting in anywhere musically. Do you still feel the same in 2018?

Not so much. In hindsight it seems a little arrogant to believe that your music is so unique that it doesn’t fit into any categories! Though, there was a prominent rock and metal scene happening in South Wales during the birth of MWC, which certainly played a part in choosing the name. I’ve always felt a distance between myself and where I’m from and I don’t think that’ll ever completely go away, but I now see it as more of a positive thing. 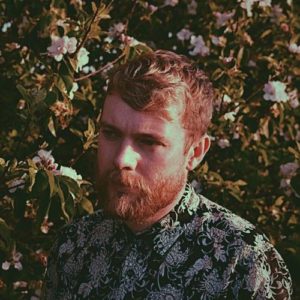 You are a multi-instrumentalist, adept at keyboards, synths, guitar and drums. So what do you regard as your first instrument?

Well that’s kind of you, but I don’t really see myself as a technically good musician, nor a multi-instrumentalist. One thing I will say is that I think I’m pretty good at figuring out how to get the most out of my limitations.

I have no idea why but I started playing the cornet when I was around eight years old, before switching to keyboards and piano soon after.

I was probably too young to have a genuine passion for either, and puberty would later derail my musical pursuits. It wasn’t until I reached my mid-to-late teens that I discovered guitars, but having music embedded in me from an early age definitely made it easier to pick up new instruments fairly quickly.

When MAN WITHOUT COUNTRY essentially became a solo project, did technology make it far easier to accept the situation, both for studio and live work?

Definitely, but I think MWC has always been heavily reliant on technology. I also experimented as a solo artist under the name SECULAR GHOST a couple of years ago, which gave me the vision and confidence to try something new with MWC.

Do you feel any kinship with other ‘solo’ acts like MAPS and EAST INDIA YOUTH?

I’m not as familiar with MAPS’ work, but I’m very much a fan of EAST INDIA YOUTH. We’ve shared a couple of festival stages, which is where I first discovered his music, and we’ve since chatted online a couple of times. I really love his first two albums.

You’re probably best known to the wider public for your RÖYKSOPP collaboration on ‘Sordid Affair’; how did this come about and how did the track develop as you were working on it?

They were looking for vocalists, and I guess I was in the right place at the right time! I honestly didn’t think it would happen at first, as they asked to hear my isolated and dry vocal before they’d confirm a recording session. Like myself, they are perfectionists, which basically just means that you struggle to settle on or even finish things. I’d be recording vocal takes with Tørbjorn in one room, whilst Svein was still working on lyrics in another. But having that last-minute pressure really helped us gel together.

‘Puppets’ from the ‘Foe’ album appears to be one of your tracks that has remained a favourite of both yourself and fans?

I would have to agree. It’s aged pretty well in my eyes, and is probably the one that still gets mentioned most often.

There was an amusing Tweet recently where someone expressed their love for your music but disliked your look. What are your thoughts about the pros and cons of social media with regards to the promotion of your music? Can image be separated from music?

To be fair he had a point. I was in the studio six to seven days a week and my physical appearance had begun to take its toll. Thankfully, the album is now finished and I have around eighty percent less facial hair. It’s a fairly new approach for me, having my face plastered over things. I suppose I’m just trying to be more authentic these days, rather than a silhouette. 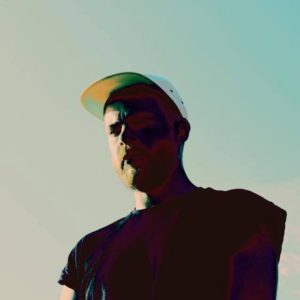 You often get tagged within the ‘Shoegaze’ genre, how do you feel about that and are there any particular artists from that original scene who’ve inspired you?

I’m happy with the categorisation, though, and I’m still a big fan of artists such as SLOWDIVE, MY BLOODY VALENTINE, COCTEAU TWINS etc.

Do you have a “go to” synth or piece of equipment when you are producing your music?

It often begins with my Prophet ’08, or most recently the Juno 60 that I’ve had on long-term loan. I also picked up a DX7 right as I was finishing the album, and in general I’ve started using FM synths a lot more. I have a feeling that the DX7 may be the new “go to”, which could end up changing my sound quite drastically. But I think it’s time for a change.

How important has the PledgeMusic model been for the upcoming album?

Massively important. Given my situation I’m not sure how I could have done it otherwise. It gave me the push I needed to finish the album within a timeframe, though I did go over it ever so slightly, but I decided not to give myself too much of a hard time about that. It’s also taken away the strain of financing everything, such as manufacturing physical items, and it even managed to help pay for a music video. It’s also been a great way to connect with fans.

On your PledgeMusic page there were some pretty interesting options for new album ‘Infinity Mirror’; the most intriguing one being your offer of covering a song. You say that you’ll cover any song “within reason”, where you would draw the line with this offer!

I probably would have vetoed anything that’s popular at the minute, ie DRAKE, POST MALONE etc. It all just sounds like half-arsed, uninspired nonsense to me! 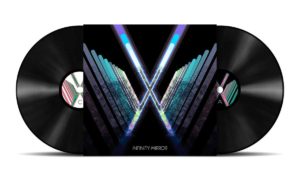 You appear to have really embraced the return of vinyl. As an artist, how do you feel about its return?

It’s not like I have a vast collection of my own or anything, nor do I really listen to vinyl personally other than for the purpose of sampling. I guess I have always found it important to have something physical to represent a body of work.

I have considered a vinyl mid-life crisis, when the time comes. As much as I think Spotify is great, I do also think it’s a shame that music is mostly consumed via smartphones.

You have referred to your MAN WITHOUT COUNTRY project as a “phantom limb”, what did you mean by that?

I meant that I’ve always felt its presence, even when I thought it was gone for good.

Please describe the genesis and realisation of your recent single ‘Lafayette’…

It’s really a song about the end of a relationship, disguised as a song about Scientology, and how defectors of Scientology are disowned by their loved ones. The name comes from the religion’s founder L Ron Hubbard, aka Lafayette Ron Hubbard.

Apart from the new album, what else is coming up for MAN WITHOUT COUNTRY?

I’ll be doing a handful of shows, including some dates with IONNALEE in Prague and Berlin in October, as well as a special album release show in London on November 26th. I hope to tour some more in 2019, but other than that it’s all about the new album! I have some ideas about what I want to do next, but right now I want to allow some time to take stock.

ELECTRICITYCLUB.CO.UK gives its warmest thanks to Ryan A James

will be released by Killing Moon Records on 26th October 2018