November 7, 2017 / electricityclub / Comments Off on OMD What Have We Done 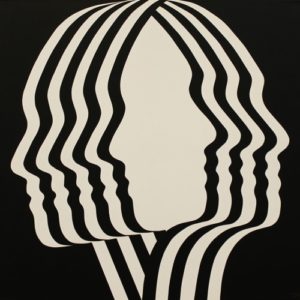 In a strong year for albums, OMD have released one of the best of 2017 in ‘The Punishment Of Luxury’ and the campaign continues with a new single and video for one of its highlights ‘What Have We Done’.

With a Synthanorma sequence that retains the essence of their KRAFTWERK inspired roots, ‘What Have We Done’ features Paul Humphreys on lead vocals.

The life, love and loss lyrics for this waltzing lament came to him after having to put his dog Patsy to sleep.

However, this slice of passionate Modernen Industrielle Volksmusik could also act as symbolism for the end of any relationship, whether political or personal, and coupled to a beautifully sparkling melody recalling Ryuichi Sakamoto’s ‘Merry Christmas Mr Lawrence’, the song has deservedly become a live favourite on OMD’s current tour in support of ‘‘The Punishment Of Luxury’

The observational video itself has a circle of life narrative that also recalls the ‘Powers Of Ten’ films directed by Charles and Ray Eames, where scenes are expanded out from the Earth. 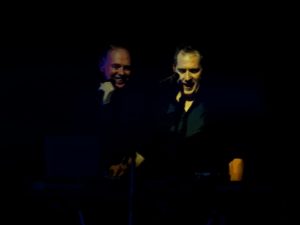 Heading into their 40th anniversary as a performing unit when they played at Liverpool’s Eric’s in the Autumn of 1978 accompanied by Winston the tape recorder, the breadth of musicality, technological curiosity and lyrical wordplay of OMD is as strong as ever.

It’s a big lesson to those contemporaries of theirs, whose recent albums have not been particularly good, as to what spirit actually is…

‘What Have We Done’ is taken from ‘The Punishment Of Luxury’

released by 100% Records, ”The Punishment of Luxury: B Sides & Bonus Material’