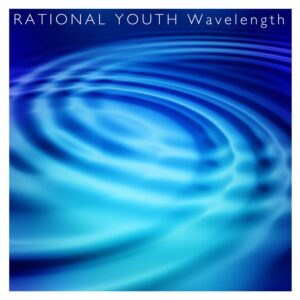 Founded in Montréal by Tracy Howe and Bill Vorn, along with PSYCHE and MEN WITHOUT HATS, RATIONAL YOUTH were trailblazers for electronic music in Canada. Joined by Kevin Komoda, they opened for OMD and released their debut album ‘Cold War Night Life’ in 1982. Tracy Howe remains the main man of RATIONAL YOUTH with his wife Gaenor now in the line-up. The ‘Future Past Tense’ EP was released in 2016 and showcased ‘This Side Of The Border’ which captured the anxieties of the world’s current socio-political climate.

With the opening song on ‘Wavelength’, RATIONAL YOUTH’s observational ethos is poignantly relevant again with an epic political statement. ‘Kepler 48’ is a brand new composition that captures Tracy Howe’s boxed anger while Gaenor’s voice counterpoints with offers of hope over a dark backdrop of punchy synth that closes with a dropping crescendo.

The remaining tracks on ‘Wavelength’ are new recordings of three songs from the 1983 self-titled EP for Capitol Records after Bill Vorn departed; that fragmentation of RATIONAL YOUTH saw bassist Denis Duran and drummer Angel Calvo brought into the fold. Overshadowed by the mighty ‘Holiday In Bangkok’ at the time, those songs are realised with a purer electronic vision on Wavelength’ while also making them more widely available for the first time in nearly four decades.

‘Latin Lovers’ is a case in point, presented with a more pronounced Italo flavoured treatment over its 1983 post-punk funk, with the catchy timpani laden backing given a new twist with Gaenor opening on lead before her husband joins in for a duet. 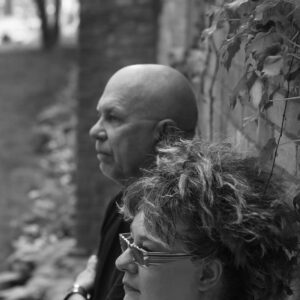 ‘The Man In Grey’ has all that angsty Cold War claustrophobia brought into the 21st Century but with another feminine counterpoint and while those chilling tensions are sadly relevant again, the swirly synth solo in the middle eight remains a delight.

Much speedier with frantic beats and sparkling arpeggios, ‘In Your Eyes’ recalls fellow Canadians MEN WITHOUT HATS while Tracy Howe lets rip with his enjoyable Bob Geldof mannerisms. These reworkings are different enough to appeal to RATIONAL YOUTH enthusiasts but with the arrangements essentially kept intact, the essence of the originals retain the character of their initial appeal.

‘Wavelength’ is a worthy body of work pertinent to the present while also highlighting the “environmental destruction for profit” ethos of the giant corporations and their space travelling billionaire owners. Yes, ‘Don’t Look Up’ really is becoming a closer reality and RATIONAL YOUTH are again on the ‘Wavelength’ of the concerned world citizen.

‘Wavelength’ is released by Rational Music Group and available on the usual online platforms inlcuding https://rationalyouth.bandcamp.com/album/wavelength