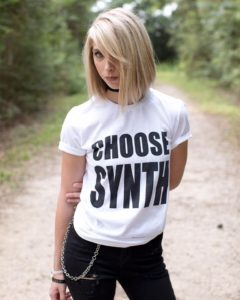 SPACEPRODIGI is Mackenzie Bartsch, and as her moniker suggests, she’s an up-and-coming electronic dance sensation from Houston, Texas.

She was recently spotted at the Moogfest engineering class building a Moog DFAM  percussion sequencer.

Describing the Drummer From Another Mother as also being “A Sick Bassline Synthesizer”, she has put her interest in analogue electronics to good use on her debut EP, the appropriately named ‘Launch’

What is key to SPACEPRODIGI is that while her club friendly beats and tempos will naturally appeal to her own demographic, her inventive futuristic sound design, coupled to her classical training, connects her to the world of DEADMAU5 and DAFT PUNK.

The accessible defined thrust of ‘Atimony’ is a good example of an approach that could potentially capture a very wide audience spectrum. Meanwhile, the sparkling hypnotic energy of ‘Chameleon’ puts the majority of the inane drop focussed rubbish on Beatport that passes as EDM to shame.

The arpeggio centred title track and the lengthier ‘Kidults’ showcase further promise with the latter interestingly doing away with hi-hats for the first minute and a half, relying more on its octave drive and rigid rhythmic lattice; the best track on the EP, it could well appeal to maturer audiences weaned on JEAN-MICHEL JARRE.

This first instrumental salvo of music from SPACEPRODIGI is crafted and spacious without being overblown. Having received her first synth, a Moog Sub37, as a 14th birthday present, Bartsch has added a Minimoog, a Moog Voyager and the forever robust Roland Juno 60 to her studio, along with a Prophet 6 and Tempest from Dave Smith Instruments.

Her appeal has not only brought her to the attention of equipment manufacturers like Analogue Solutions who have provided her with their new Nyborg, but also clothing retailers such as Square Wave whose marvellous “CHOOSE SYNTH” T-shirt she wore to great viral effect. 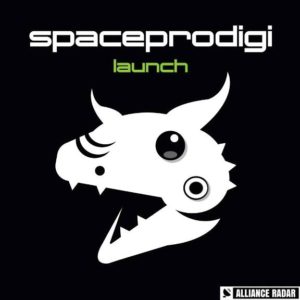 The “CHOOSE SYNTH” T-shirt is available from http://www.squarewaveclothing.com/choose-synth.html