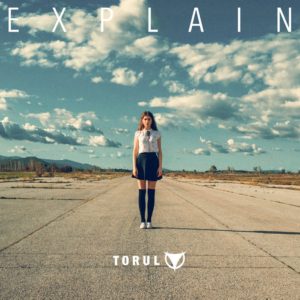 which showcases some grouchy bass guitar syncopating off a solid beat. Over smatterings of weeping electronics, Valerij explains to his listeners that “She’s coming again in my dream”. In the mysterious visual accompaniment directed by Aleš Bravničar, a disused airfield is used as a backdrop for its leading lady Tina Kopušar to roam in search of life, or is it?